Editor’s note: We offered this blog as a platform to the DfG course participants who are documenting the DfG course for readers to get a glimpse of how things went. This is one such post by Accessibility – Incentives team

In Systems Thinking block, we learned about systems thinking while creating our maps with the supporting lectures, assigned reading material and exercises. On these two weeks we had a chance to hear lectures from Seungho Lee and Hella Hernberg. We also had a chance to hear a talk from the European Commissioner of the Environment Janez Potočnik at a seminar at the Aalto School of Business.

Supported by chapters from Thinking in Systems by Donella H. Meadows, Seungho gave us a brief introduction to systems thinking. Since systems are often about behavioral patterns, the lectures focused a lot on the human behavior and changing it in a form of a nudge.

The reading material for the Systems Thinking Block consisted mainly of selected chapters from Thinking in Systems by Donella H. Meadows. We also took a look into Nudge by Richard H. Thaler and Cass R. Sunstein for ideas on how to nudge people towards a desired direction not neglecting the freedom of choice, and the Elizabeth Sanders’s contribution to Copenhagen Cumulus Working Papers (2006), Design Serving People to see the evolution of design methods.

In the reading exercises we were divided into six different groups to study a small part of the book chapter and later we taught the rest in the front of the class. This learning and sharing process worked pretty nicely, and most of the team illustrated the way of system thinking with drawings making it easier to understand within 5 minutes presentation followed by 5 minutes discussion. From Meadows we learned about the elements of systems keeping them going, looked into our limited vision and understanding of the world and its many systems, the archetypes of traps we might encounter inside systems and how to disentangle ourselves, and finally we looked into leverage points in our system maps where interventions and potentially strong impact can be made. Now we are on our way to test and hone our understanding of systems and how we could use that understanding in our work. On April 9, Hella gave us an example of the role of systemic thinking in a government projects through her own work in the Ministry of the Environment through Design Exchange Programme. Her example showed that, when research data acquired through workshops, interviews and other methods was formed into a systemic map, it was easier to understand the whole picture of the situation and find out the bottlenecks causing the problems. Hella’s systems map in her work in the Ministry, Photo by Seungho Lee

Commissioner Potočnik gave a talk named New Environmentalism and the need for a Circular Economy, in which he mainly discussed the environmental and economical issues together often framed as a collection of systemic problems. He used expressions such as “we are locked in our systems.” We perceived that what he meant was the industry, business world, the public as well as policy makers are stuck in the old ways of doing and breaking out would require a complete behavioral change. 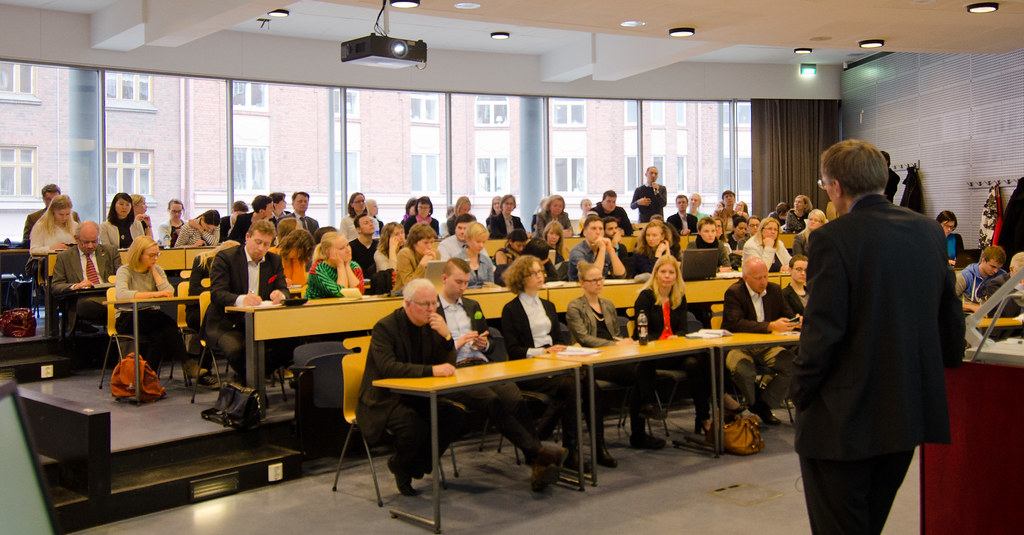 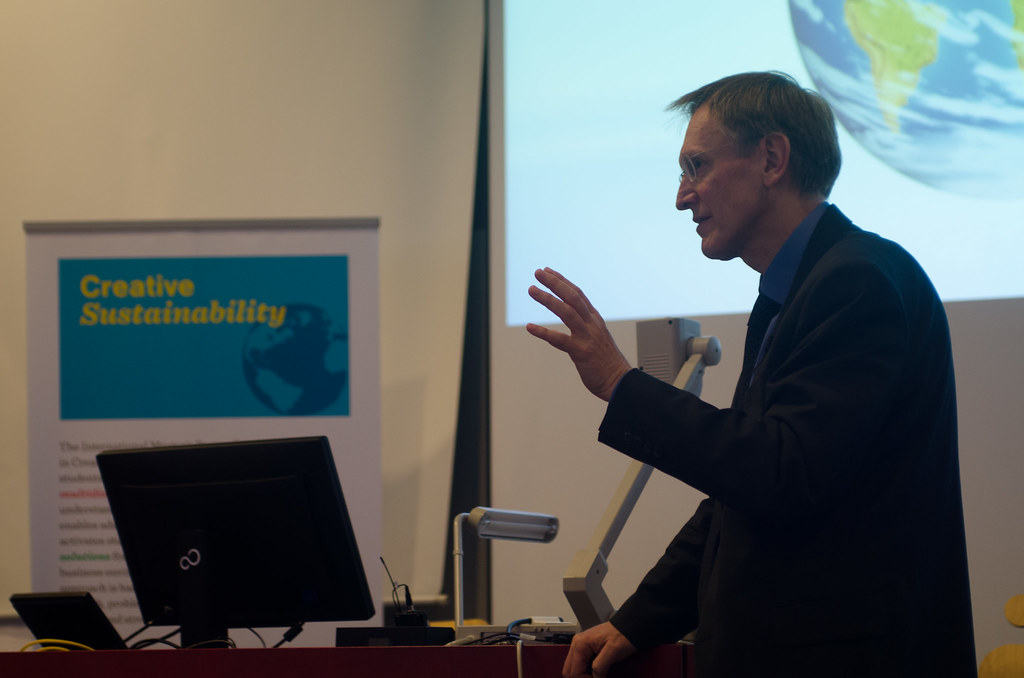 Seminar with the EU Commissioner Potočnik, Photo by Glen Forde

In the second week of the block we learned about Nudges. The authors introduced vivid examples to bring forth the concept that designer should definitely consider psychology – you want the signals you provide (the stimuli) to be consistent with the desired action. When there are inconsistencies, people will blunder and the performance will suffer. Good thing to remember was that there is no way to make the default choice or the array of choices neutral, and it is because people use automatic system most of the time not reflective one in order to make their choices effortlessly.

A key reason is that the Automatic System reads the word faster than the color naming system can decide the color of the text. See the word GREEN in red text and the nonthinking Automatic System rushes to press the left button, which is, of course, the wrong one. The author, this based on this example offers six principles to ensure that when implementing design work, the “stimuli” and the “desired action” are always consistent. In other word, these six principles helps people to make things go the way it should.

Another assignment was delivered after Seungho gave a short summary of the topic. We discussed within our sub-theme teams about possible nudge ideas related to our topic. In this assignment we practiced to think what to consider and how to make decisions for choice architecture contemplating whether it fixes the problem or just scratches the surface. One example from the our team – Accessibility Incentives – was adding more detailed choices in apartment application form regarding accessibility. Finally, the article by Sanders bridging the Systems Thinking Block with HCD Block points out an interesting but a warning fact that today design is not serving people, but serving the large scale of consumerism. What we could learn from her article is the gap between people’s will to be creative and the consumptiveness of the design. In her opinion, nowadays the difference in creativity between ordinary people and the role of designer appears to be blurry, and the new roll for us designers is to develop new tools and new ways of thinking that will satisfy the creativity of people balancing the “consumptive and creative experience.” In other words, new ways of thinking to amplify people’s creativity by embedding designers’ creativity. Thinking back, when we started applying systems thinking to our project the first question was where to start. What is the best approach or framing? There were as many perspectives as there were people involved. Designers’ perspectives were different from economists’ and also different backgrounds and cultures gave interesting twists. Multiple perspectives were the richness in the end which enabled us to see the challenge holistically. The process of system mapping started with confusion. Some maps were made together while some individually. After each round the system was more detailed and specific. The challenge was to base the map on facts instead of our assumptions. So more research is needed to find the leverage points. System mapping creates common understanding which enables the group to work towards common goal. Here we share some tips for the readers:

1. It doesn’t matter where or how you start the mapping. Just start anywhere!

2. Do not be satisfied with the first map. Combine, iterate, change the perspective and restart!
3. Get to know the facts. Once you have some clue about the subject start interviewing people and doing some serious research.
4. Go deeper into details. Framing the challenge required different kind of “lenses”.
5. Go back and forth in this process. Find your own way to map!

Now we moved on to HCD Block to do field work, to redefine our brief and to identify leverage points, in which a small change in the interconnected may potentially cause a lasting impact in the system behavior.