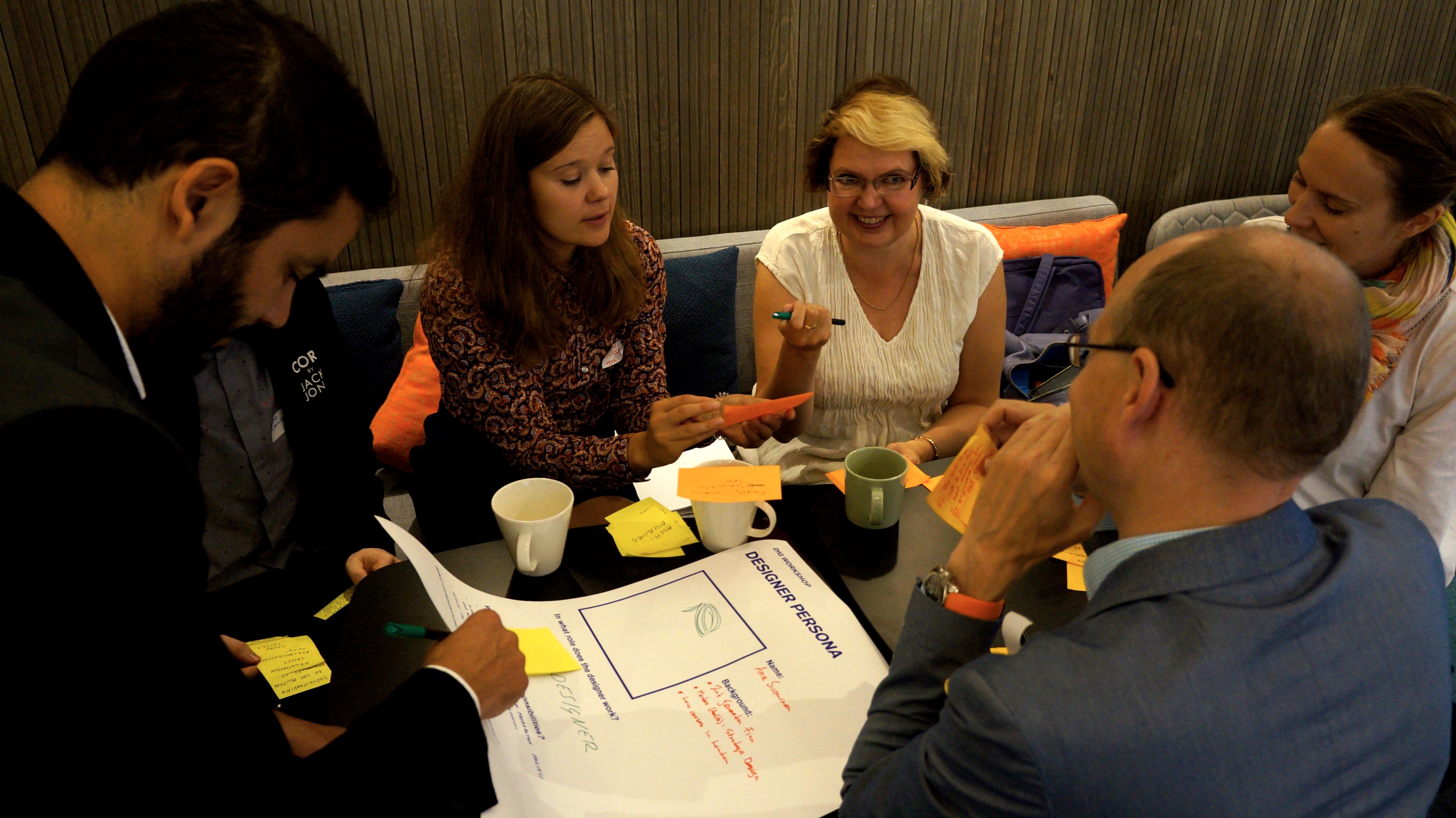 During the Helsinki Design Week 2015, we have organised a workshop inviting 11 designers and 10 civil servants to Valtimo, a joint working space of the ministries, early in the morning of September 10th. The aim of the day was to create trust and find tools for the ministries’ civil servants and designers’ to start working together. 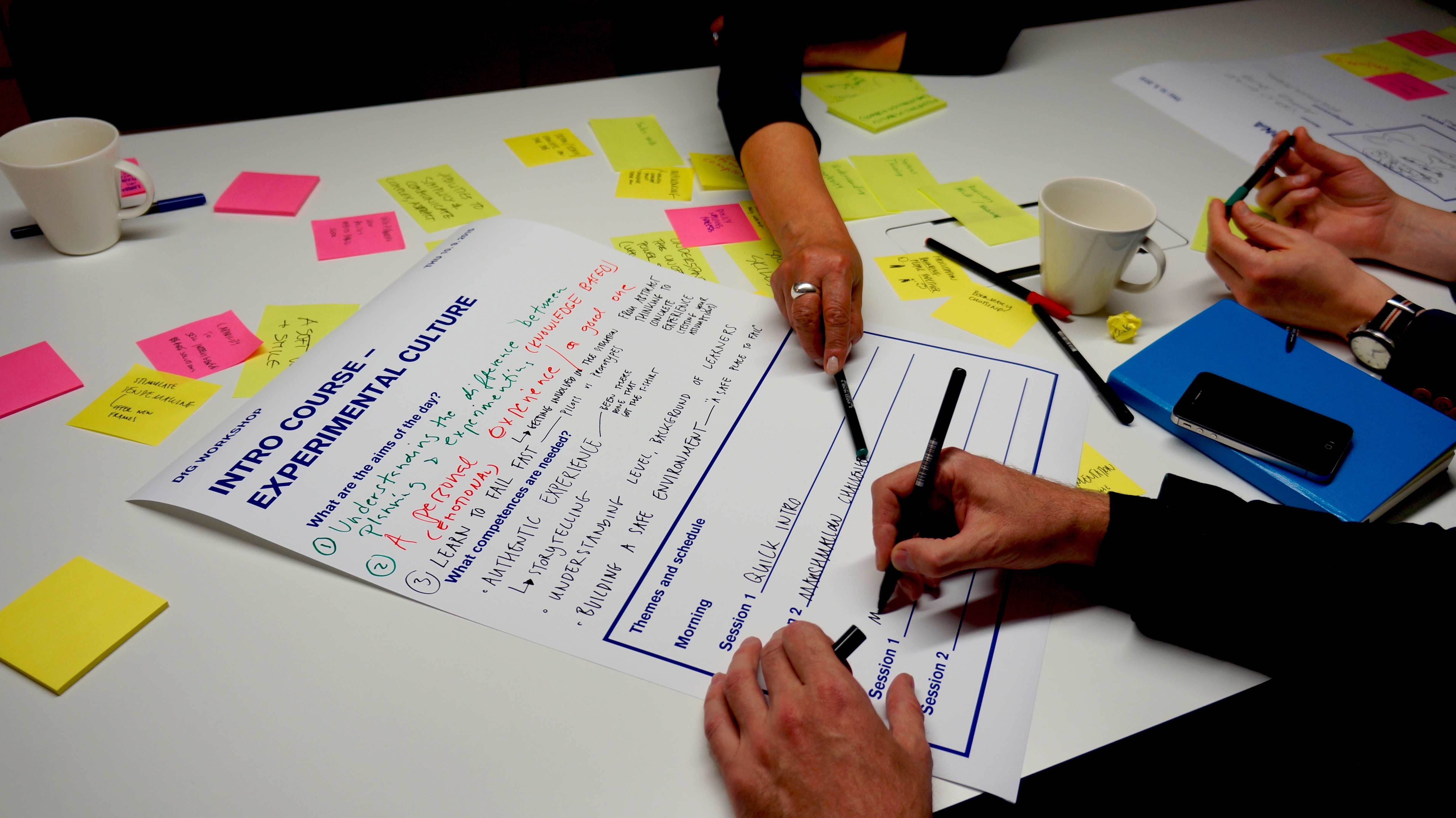 The morning started with introductions to human-centric governance, the changing role of design, DfG course cases and design as a broker, which were presented by Juha Leppänen and Mikko Annala from Demos Helsinki, Juha Kronqvist from Aalto University/DfG and Anna-Kaisa Lähteenmäki-Smith from the Prime Minister’s Office, respectfully. 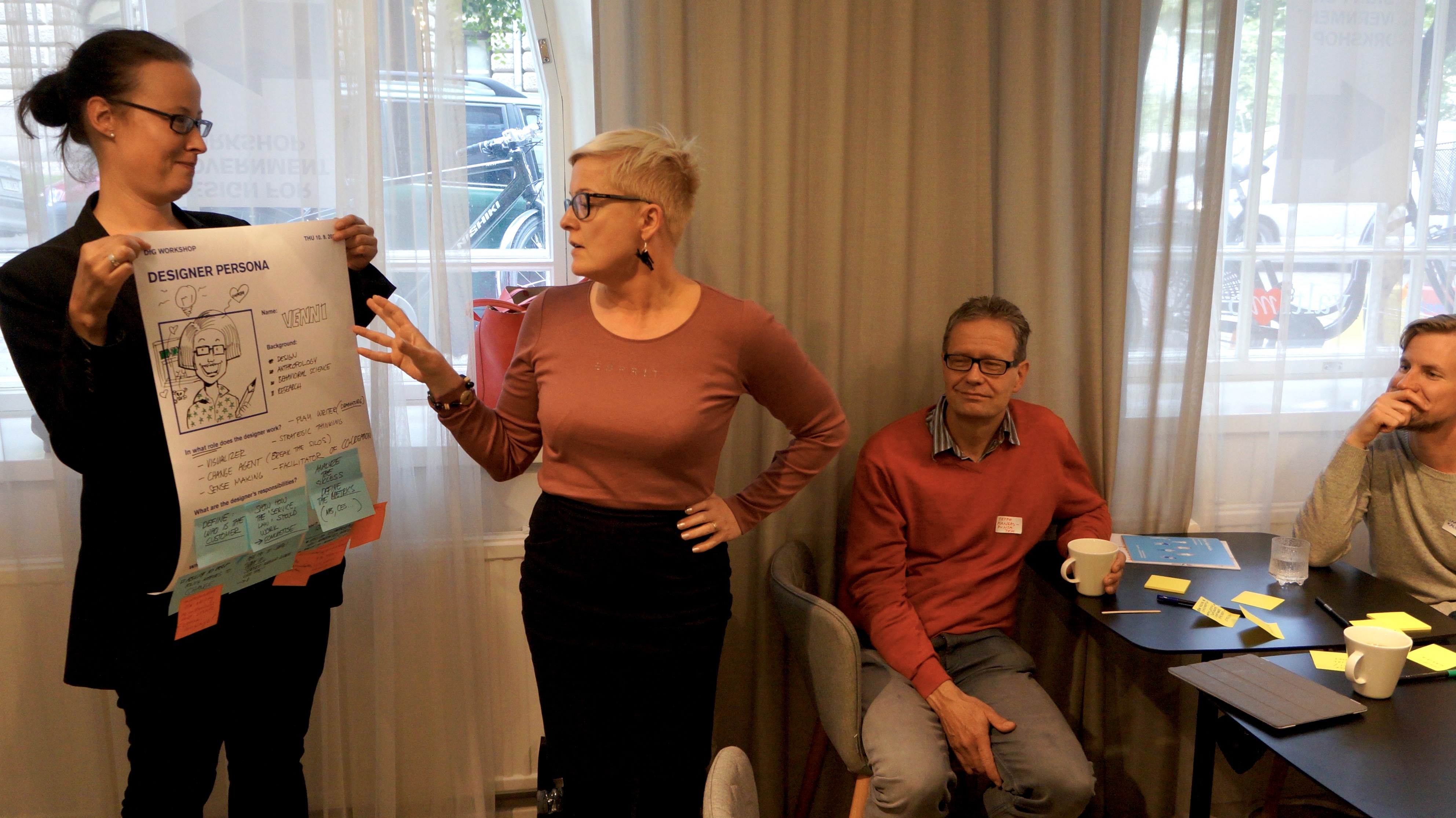 The workshop session had two parts. The first concentrated on defining those competences that designers will need to have when working within the context of public decision-making while the other aimed to identify what the civil servants would need to know about design and experimentation culture. The outcome were four designer personas and four program drafts for a (non-existing) ministry intro course on experimental culture.

Among the general designer competences such as facilitation and visualisation skills, the main desired designer competences seemed to be the ability to grasp and simplify complex issues, challenge assumptions and ask “what if..” questions in order to push for change. In addition, flexibility in vocabulary and interpretations skills, a service mindset and the understanding of different power roles were seen as advantages. Indeed, participants were also joking that ideally the designer should be a true renaissance (wo)man. 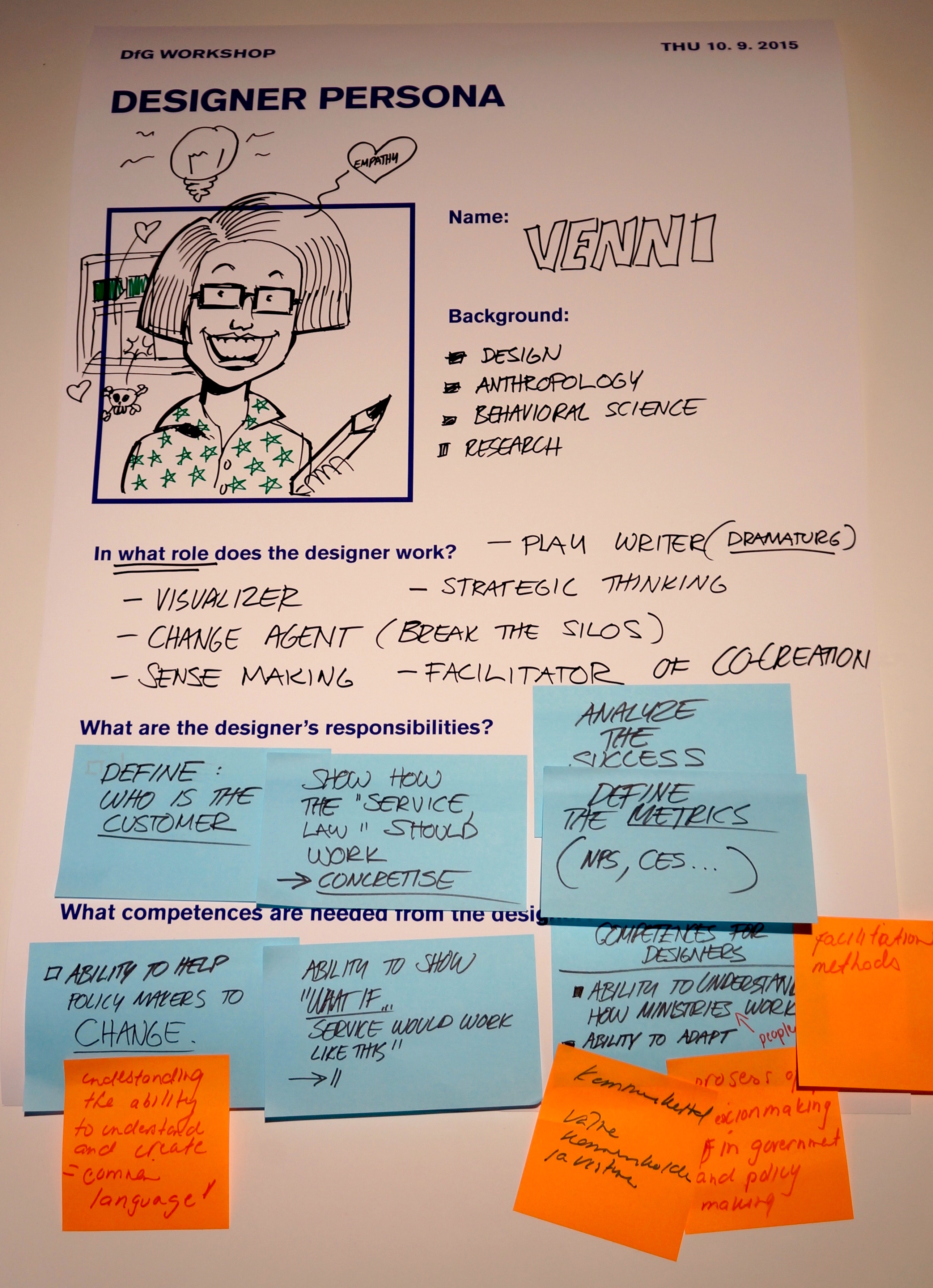 The civil servants were encouraged to create a mindset for change (unlearn to learn), gain new methodologies and tools in order to understand impact, learn by doing (fast prototyping), be open about failures and successes, understand the big difference between planning and experimenting and to have deeper interactions with their “customers”.

The workshop had an enthusiastic atmosphere with the participants discussing the issues eagerly and open-mindedly, which left us encouraged to deepen our collaboration with Finnish ministries. We will include the thoughts of the participants in our planning of next years Design for Government course.