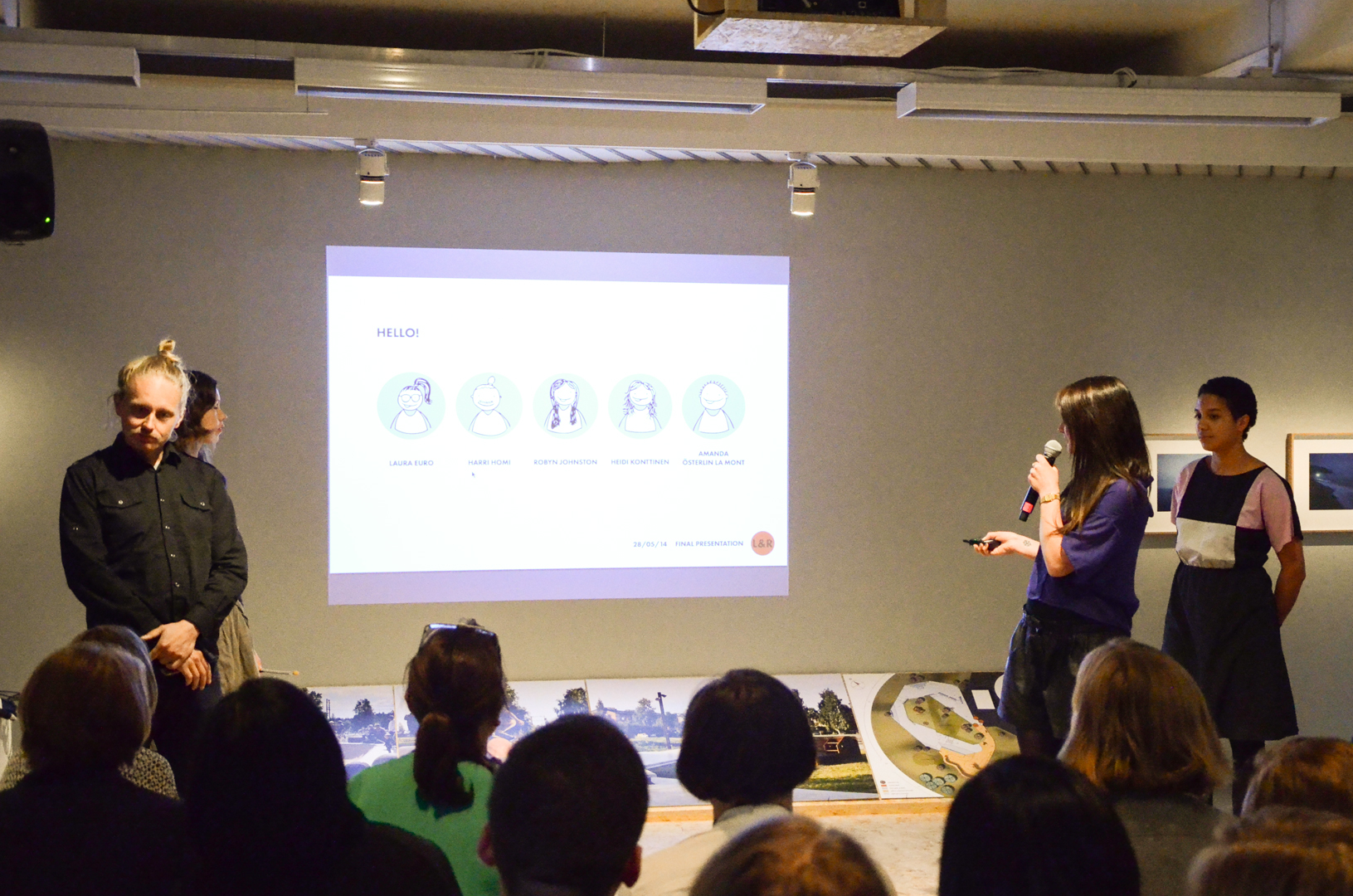 Editor’s note: We offered this blog as a platform to the DfG course participants who are documenting the DfG course for readers to get a glimpse of how things went. This is one such post by Plastic bags – Littering and recycling team

Design for government (DfG) Final Show took place at Master of Aalto (MOA) exhibition space near Esplanadi park, Helsinki. It was nice not only because it was in the city centre, but also that MOA exhibition showcases the graduation works of masters students in all discipline at Aalto University, most of which are design and art projects. DfG operates on one end of spectrum of contemporary design – strategic, intangible, beneficiary and sustainability driven – and it is nicely blended within wider spectrum of design. At the end of the day, all the work we do have to have a shape whether it’s the communication of the law or changing practices of incentives.

We presented our projects to guests that consist of experts and stakeholders from different fields. The government representatives included the personnel from the Ministry of the Environment (our client), the Ministry of Employment and the Economy, and the Ministry of Finance, academics included Professor Tuuli Mattelmäki and design researchers Jaana Hyvärinen and Louna Hakkarainen, and design professionals included Marco Steinberg, Design Driven City, and representatives from Kesko and S-Group, all of which kindly stayed for four hours to see the outcomes from our 10-week projects and discuss the potential of design in the government. As the course was a pilot, even the teachers had no perfect vision of potential outcomes, but it was an experiment that was charting new territory for design.

Fortunately the full video of all the presentation will be published on this blog as well as Creative Sustainability website in few weeks time. That said, below are the brief overview of each project presented during the event for the readers in the mean time. Due to the nature and success of many projects they are likely develop into something more in future. Many of them describe the first steps to be taken or prototype the change that will lead to new practices in user behaviour or in governmental procedures. It is likely that these projects will develop radically in the future if taken forward.

Hella and Juha opened up the aim, structure, and content of the DfG course as well as the problems we were tackling with – enhanced accessibility in buildings and reduced plastic bags use in Finland. The systemic, human centred approaches were reflected upon whilst the inspirational contributors of DfG were briefly mentioned. Right after that were the presentations of ours each with 15 minutes plus 10 minutes discussion. Each discussion was moderated by either Hella or Juha, opened by a comment by our client – the Ministry of the Environment – and followed by the comments from the experts in the audience.

Shifting Gear is a concept proposal that focuses on changing the process of guideline development, opening it up to more active citizen participation. Project aims to assist The Ministry of the Environment in supplying guidelines independently from regulations, that they explain. Provided with the ‘why’ behind the regulations, planners will have a better chance to empathize with the final user. 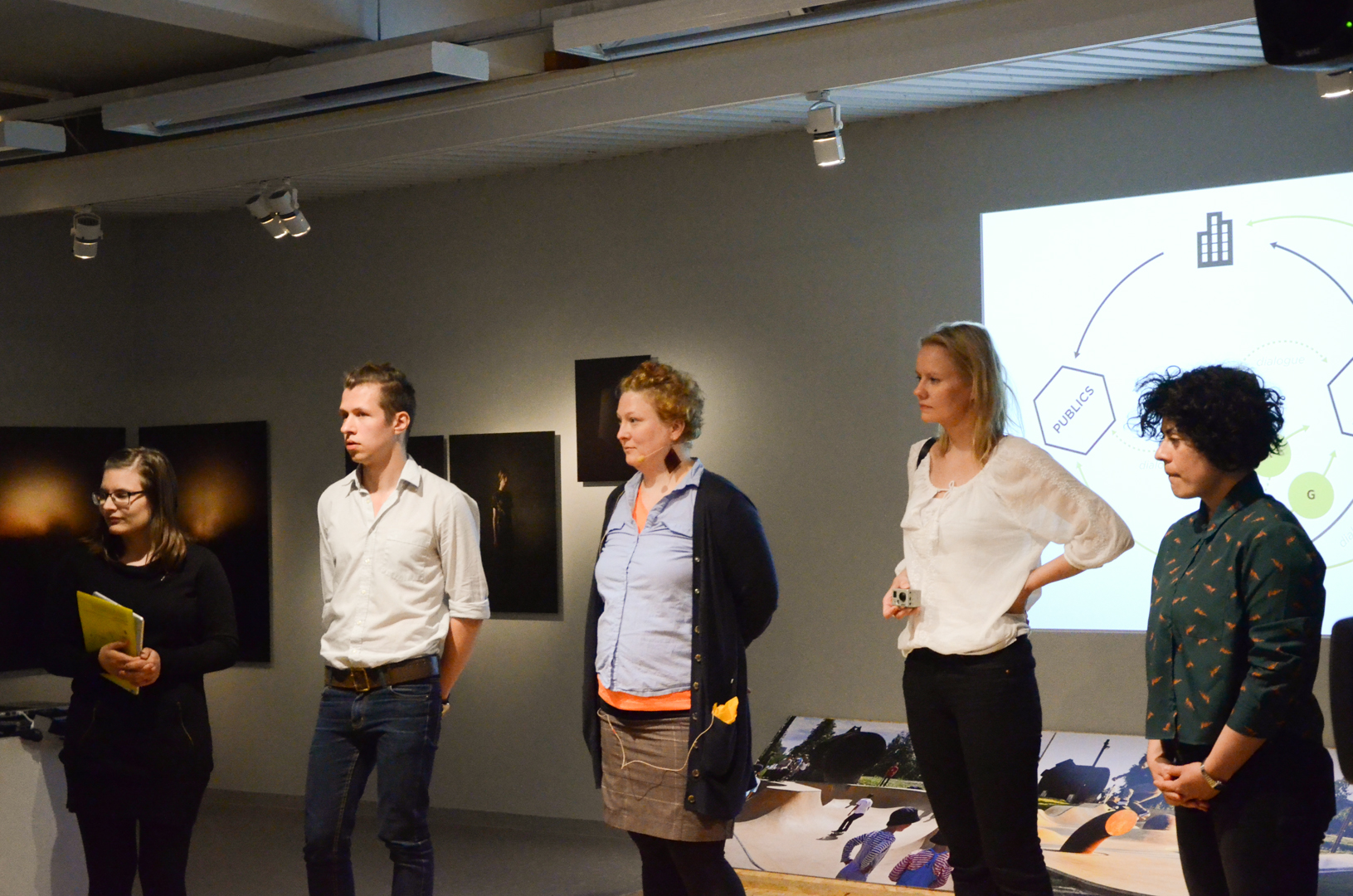 “By 2030, there will be large amount of ageing people and it is more beneficial for them and society that they have the means to live independently.”

Future investment is an extra saving account that helps people to prepare for future living and housing challenges especially in accessibility. The target is to ensure good and active life by financially preparing for accessibility challenges. By starting the saving program people get mentally prepared for future challenges. Accessibility benefits will be communicated in general fashion in the beginning of the saving program and later in more detail based on current solutions when retirement is getting closer. 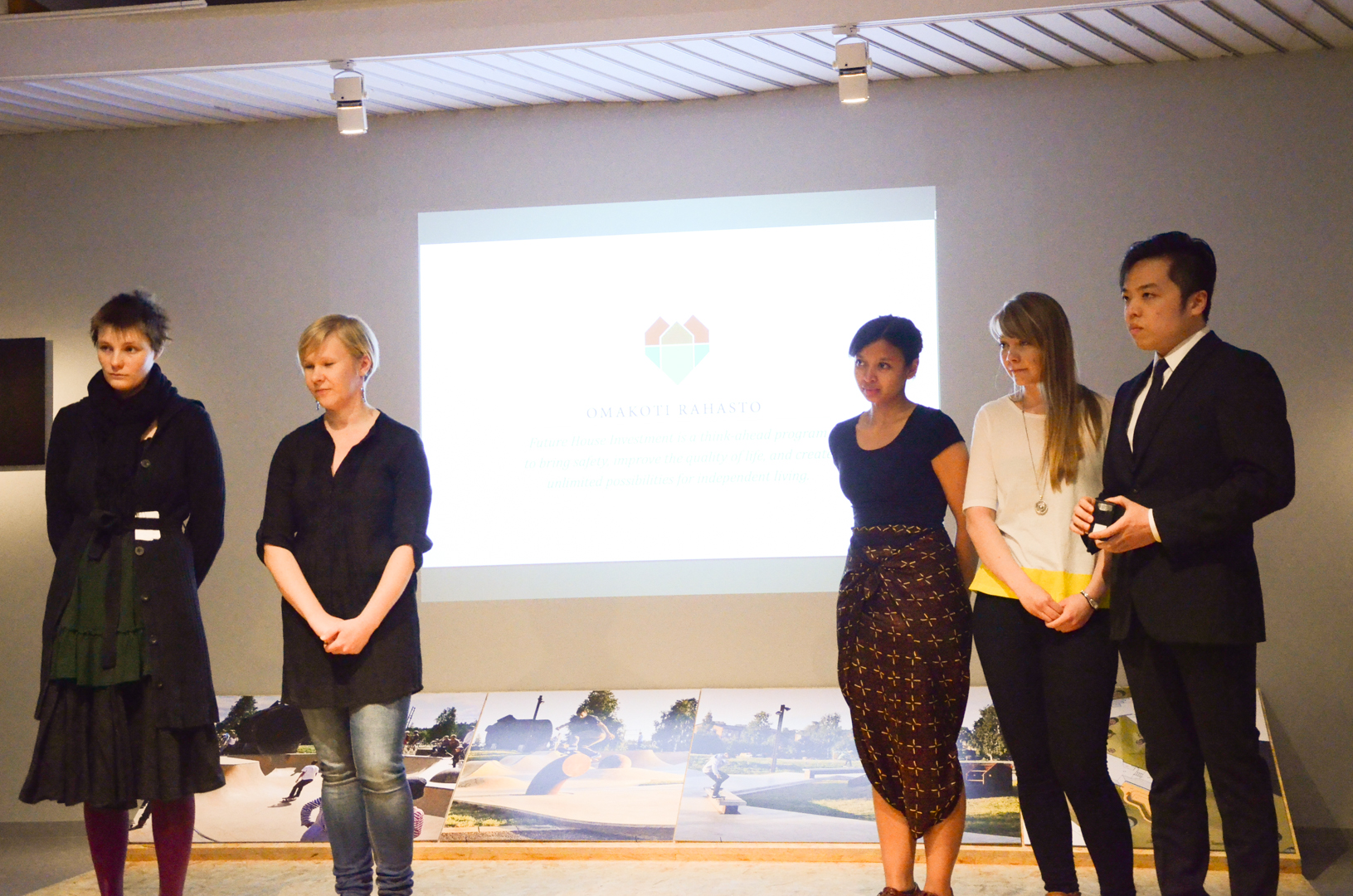 Bringing public places to citizens and citizens to public places. With the aging population in Finland, the independency of people with different disabilities is an issue now more than ever. Luckily there are a lot of NGOs as well as design solutions supporting accessibility. Yet, what is lacking in the public, is the right mindset – the understanding and awareness of the topic. We created Kutsuva kaupunki, an easy-to-access platform providing information on accessible public places, businesses and services to the citizens. For the companies and service providers, it is a trustworthy source on accessibility. Divided into a digital platform and tangible tools like stickers indicating the accessibility of a place, we hope to raise the public awareness and help society shape itself! 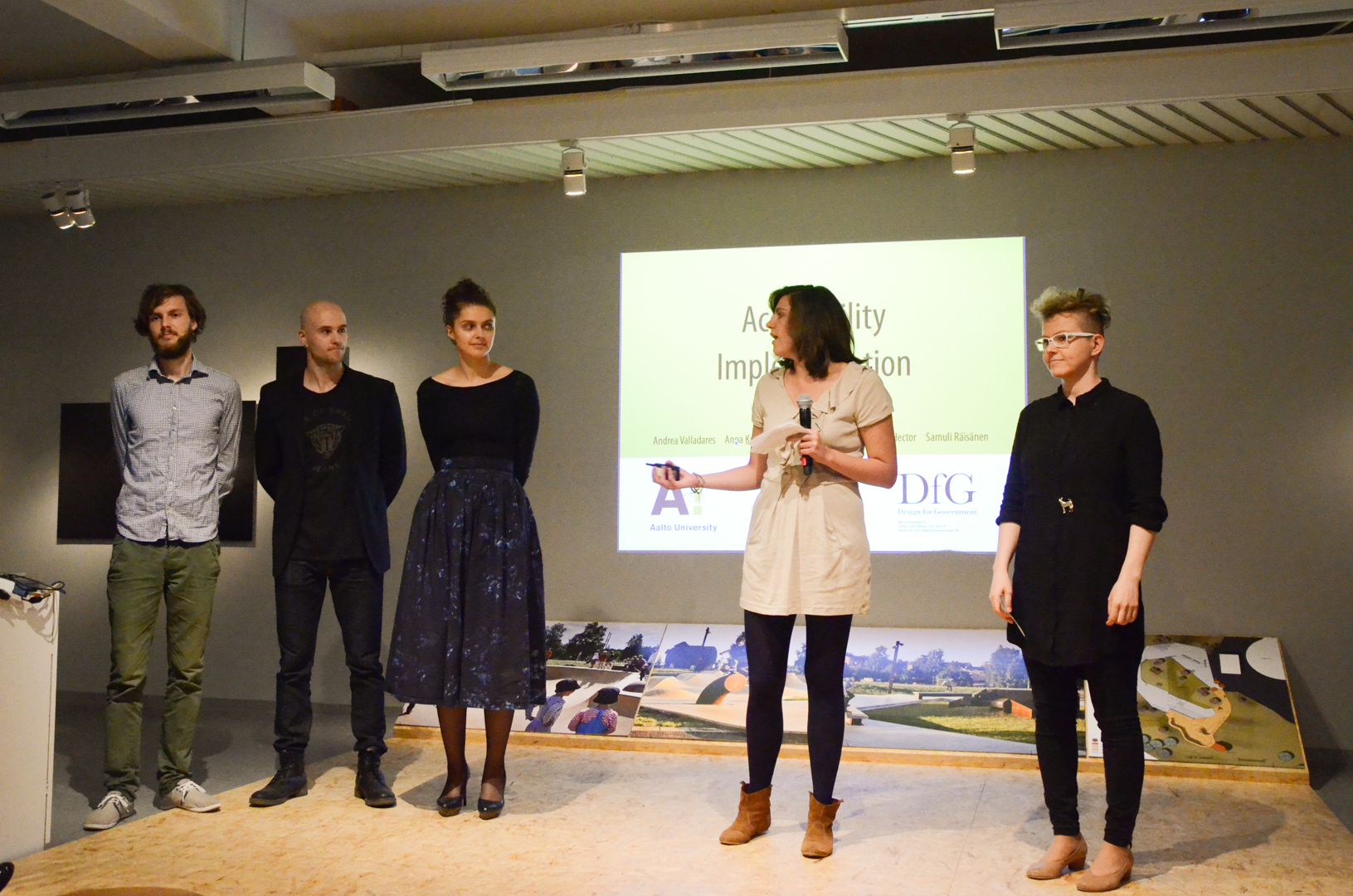 After pre-research and field observations our group decided to focus on thin plastic bags that are offered in fruits and vegetables departments in supermarkets; he-vi bags (“hedelmät ja vihannekset” bags in Finnish). They are a major part of the plastic bag waste problem as they are single-use product, offered free of charge and used in high volumes. We identified two ways of tackling the issue: reduce the use of he-vi bags and promote better alternatives. These can bey done by raising awareness, promoting in-store measures and setting legislative or voluntary actions. 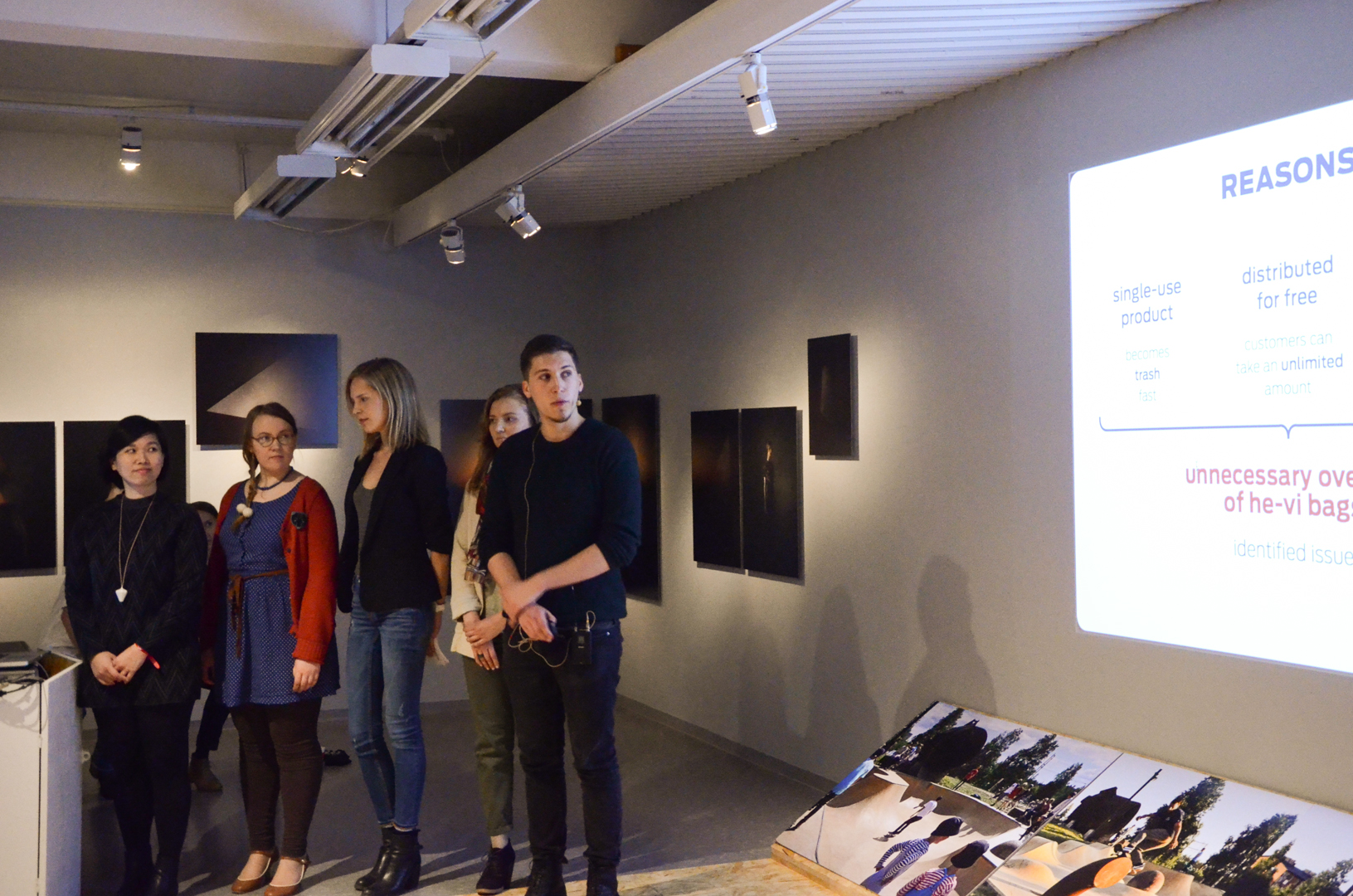 Oma Kassi (my bag) aims at reducing the use of single use plastic bags. In keeping with governmental wishes, it strives to do this through collaboration between various stakeholders rather than imposing new legislation. Oma Kassi also acts as a conversation tool between stakeholders which inspires them to see opportunities and future scenarios regarding the of reduction of plastic bags.

Oma Kassi concept is a long term project, the first implementation is Oma Kassi lane. Oma Kassi lane rewards “own bag users” by making their shopping experience more comfortable in doing so it nudges others to bring their own bag next time.

Maybee is similar to any cleaning day (also known as Talkoot in Finland) but with the specific purpose of strengthen community life in one’s neighbourhood with focus on more sustainable life styles. The goal is to make people more aware of waste management problem and reduce use of plastic bag as a consequence of new habits gained through this. We created a toolkit (maybee.fi) to help people get started. The principles behind the idea are: (1) people take care of what they own (“if I helped build it, I’ll help keep it”); (2) an environmentally-minded community works better; and (3) visualising the waste management system lessens the stakeholders’ impact on it. 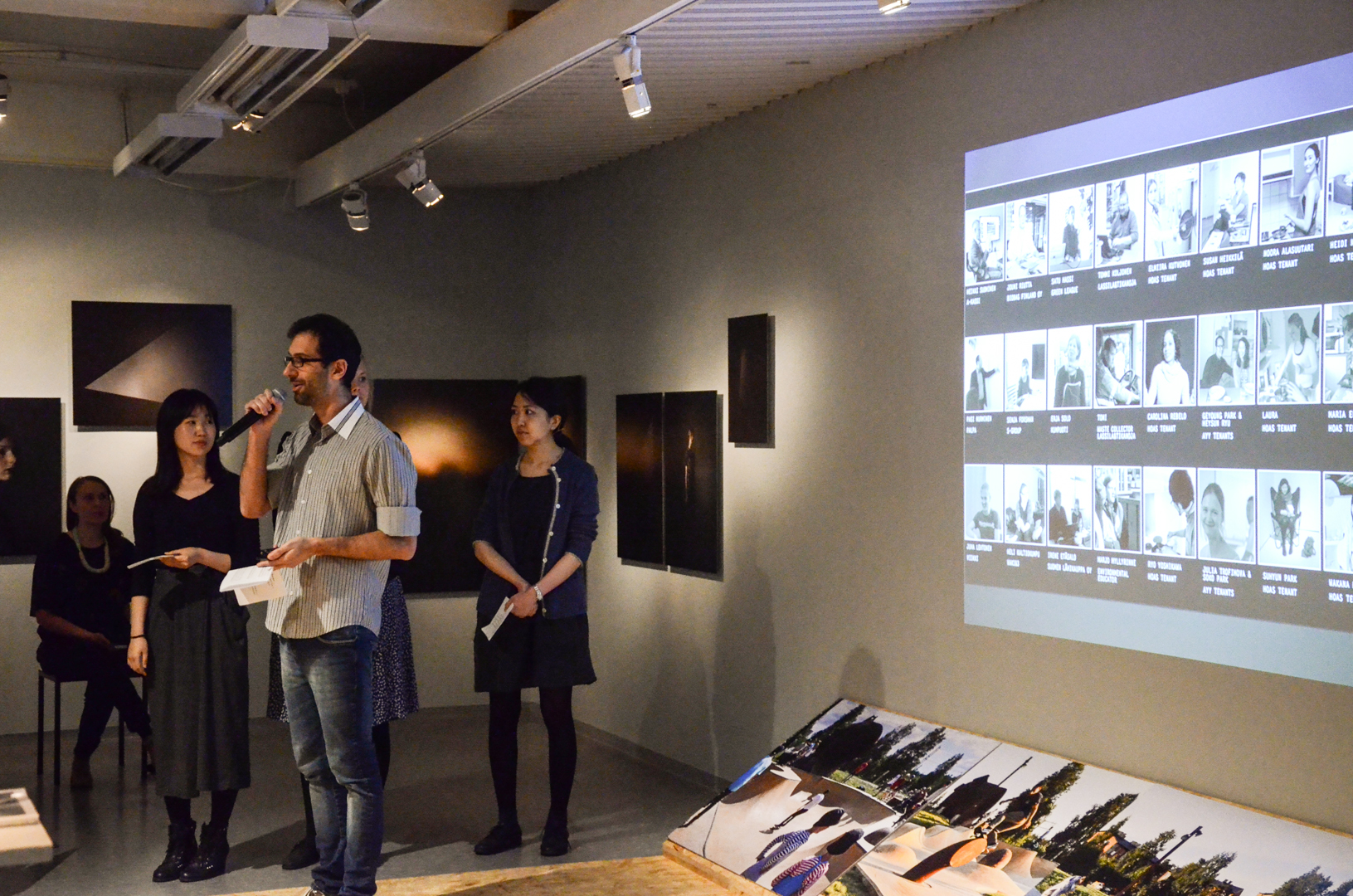 After all the presentations and feedback for each team, we had a general discussion with all the attendants. Marco Steinberg opened the discussion and spoke of “Smart government”, a government with a improved logic of operation. He argued that the reality of the world and the beneficiaries won’t change to fit logic of governments, so it is the logic should change to fit the reality. He also spoke about future realities and how they can be included in the design process aimed at tackling unfavourable future scenarios. An example he took was the elderly in 50 years that will be quite different from the current ones that are a war generation but still be using the same housing and services with most likely entirely different needs.

That naturally led to the discussion of “the future of DFG.” We widely discussed how designers in government could be a norm in near future as well as how the outcomes of our 10-weeks-long projects could be reality. Do we need DFG Season 2 to implement the work already started  to the real world? A good question was who really has the ownership of those projects and who will nurture them through the rocky road of further development and implementation. Whose interest it is if it is no longer the students’ concern once  the course has ended?

No project has the ability to fully create change without sustainable support. The problem of today partly comes from maintaining the daily, weekly, monthly, and annual routines that are too overwhelming and people in the government have to focus on keeping the “machine” going. So where is the momentum for change coming from and how can we make todays leaders invest their time and effort into taking new solution and changes forward? We’d argue that DfG is an avant-garde in introducing new methods and the work of designers into government, but the next step has to be even bigger. Stay tuned!

DfG ended with a feedback session with us all and the teachers in Helsinki Think Company, a network and meeting place for students, researchers, teachers, partners and enthusiasts run by University of Helsinki. It took a format of workshop where we in groups discussed what worked well and what could be improved. Yes, we were tired, but we did our best to leave a note for the 2nd generation of DfG in the coming year. Best of luck! 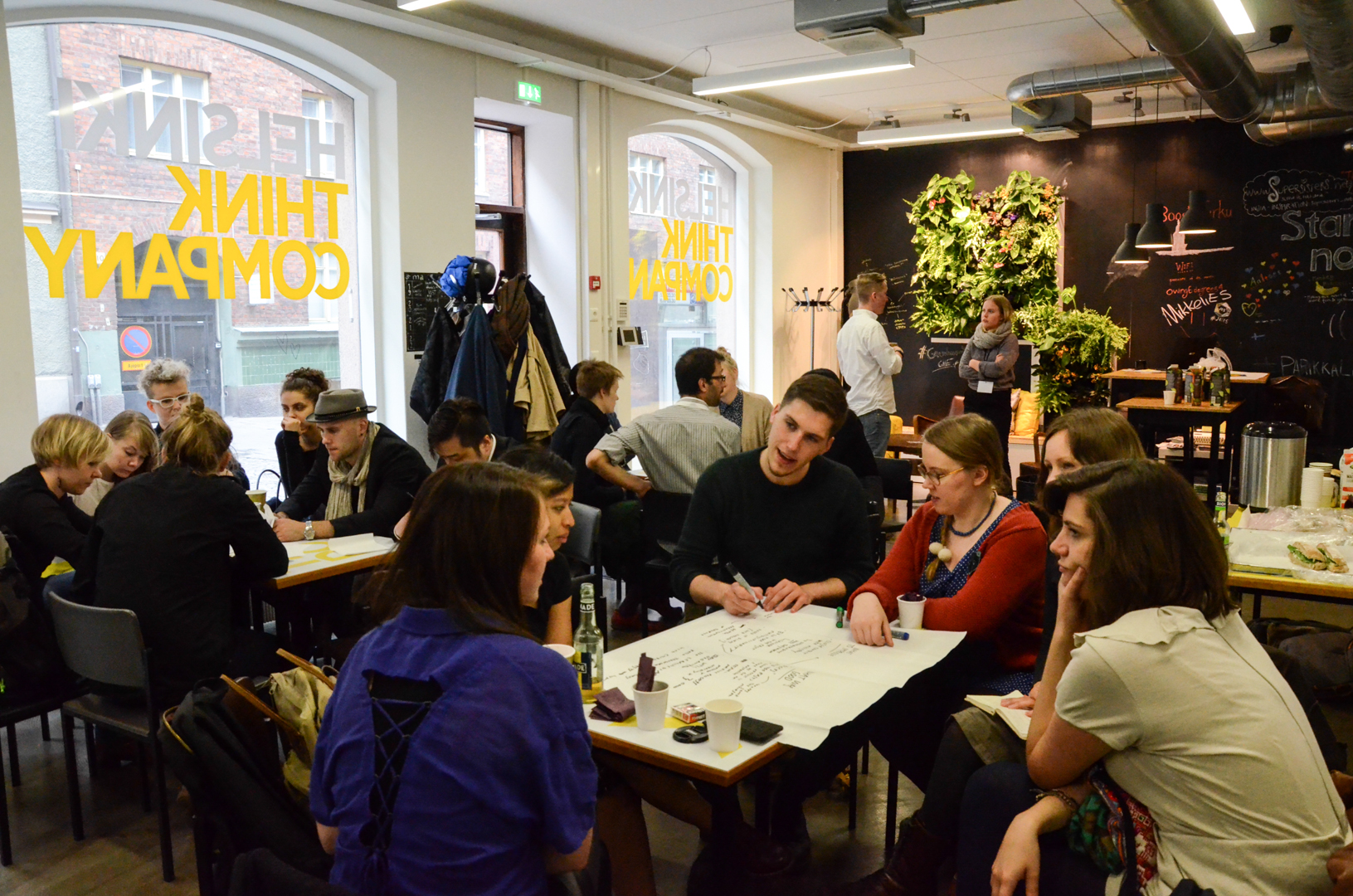 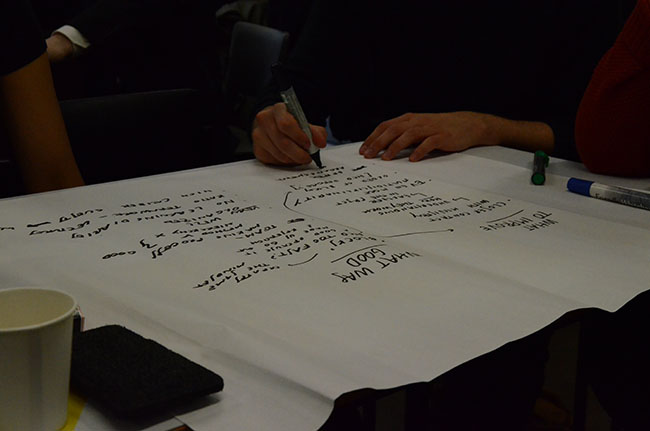