Editor’s note: this post was made before the videos became available. Now you can watch the whole event in video in the newer post at your convenience. 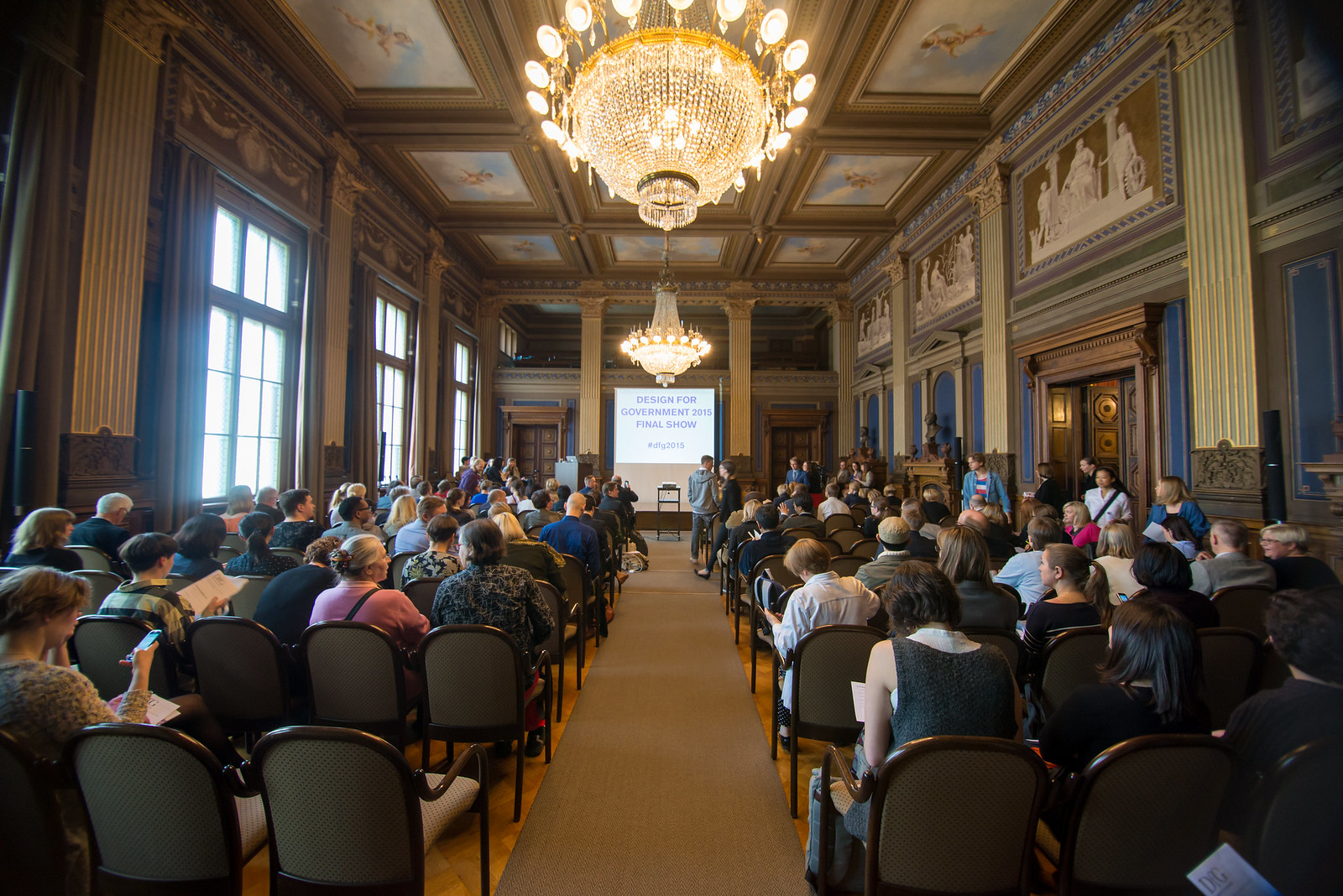 Thank you so much for coming to DfG 2015 Final Show! It was a great success thanks to the hard-working students as well as the enthusiastic audience including some 40 civil servants. Altogether some 180 guests joined us at Säätytalo, and the feedback and the discussion were extremely fruitful.

We will share all the presentations in video in few weeks, but we thought you could flick through the presentation slides below in the mean time. Please use the link next to the names of the teams to download the PDF slides and the movie file.

Sirpa Kekkonen, Head of the Government Strategy Secretariat of the Prime Minister’s Office opened the event with warm welcome to Säätytalo, one of the most historically significant places for Finnish politics and policy making. Then, the teachers of DfG, Seungho Lee and Juha Kronqvist have opened the event with a brief summary of what happened in DfG 2015, and an interesting example of a systemic design of Gordon Murray, the legendary F1 car designer, which repeatedly came up as a metaphor. 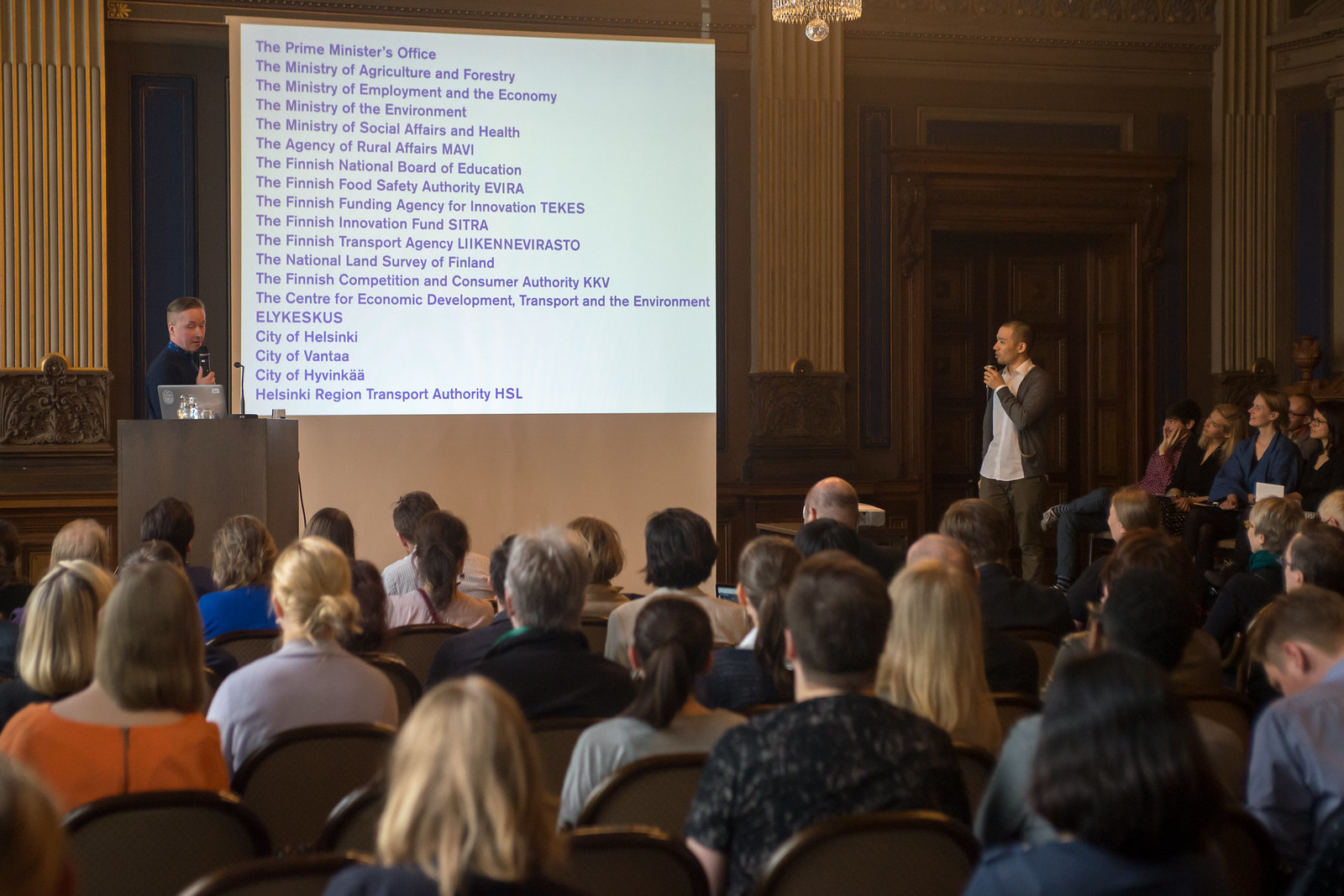 The first teams to present were the Project Piazza I and II, who were assigned to come up with solutions to better utilise government funded research project. Despite the complexity of the challenges commissioned to them, the two teams have come up with two rather different but both highly potential proposals, one focusing on sharing the government funded research and the other focusing on the cultural change. 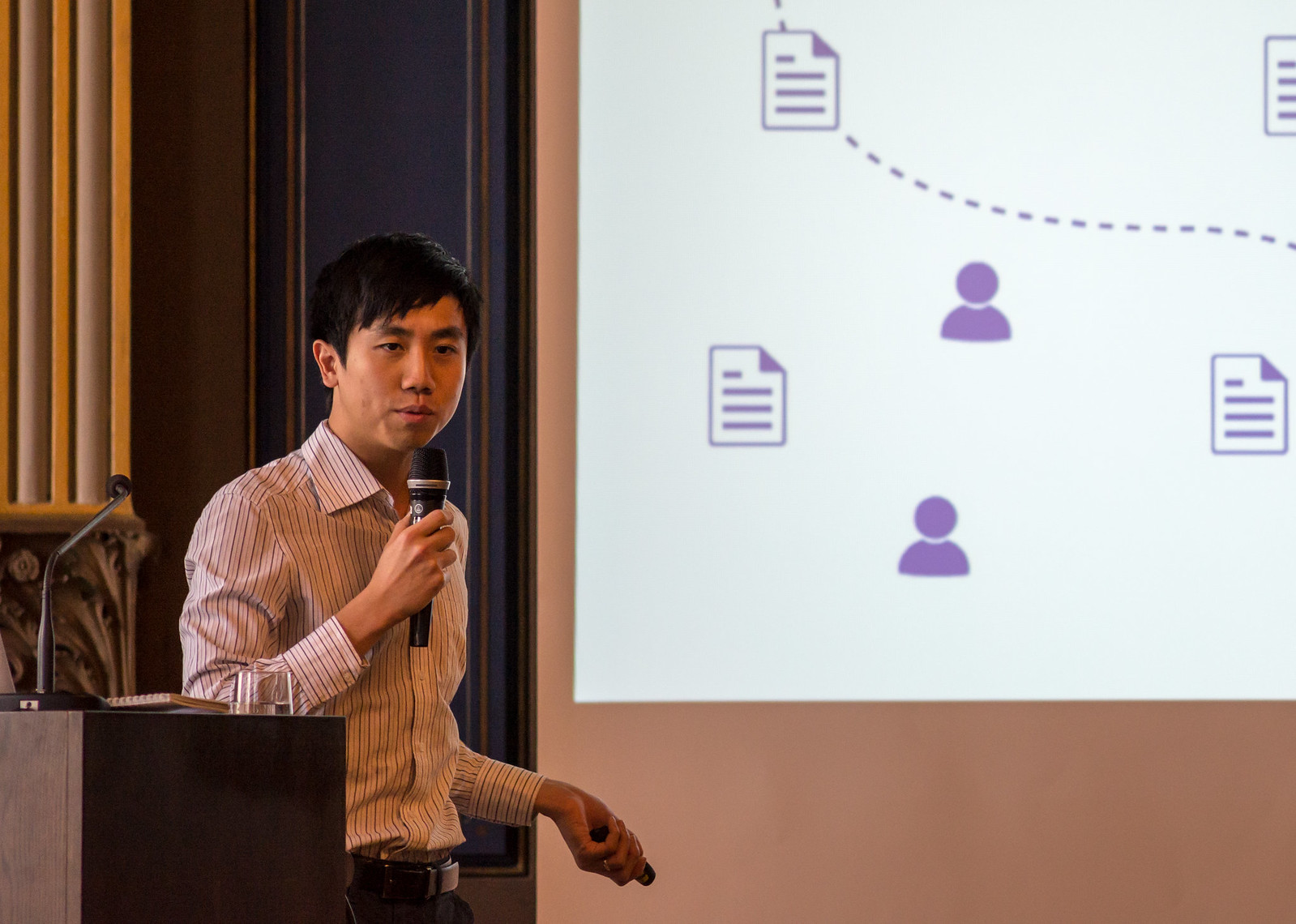 Then, the Primary Producer’s Notification teams have presented two radically different, but complimentary proposals in order to lessen the burden of both the primary producer of foodstuff and the civil servants in the authorities. The first team has proposed a comprehensive online service with no forms that will tackle “the April madness” as the month is the busiest month for the producers to start farming as well as the most paperwork. Meanwhile, the second team focused on improving existing the form itself that would create dialogues among the producers and civil servants. 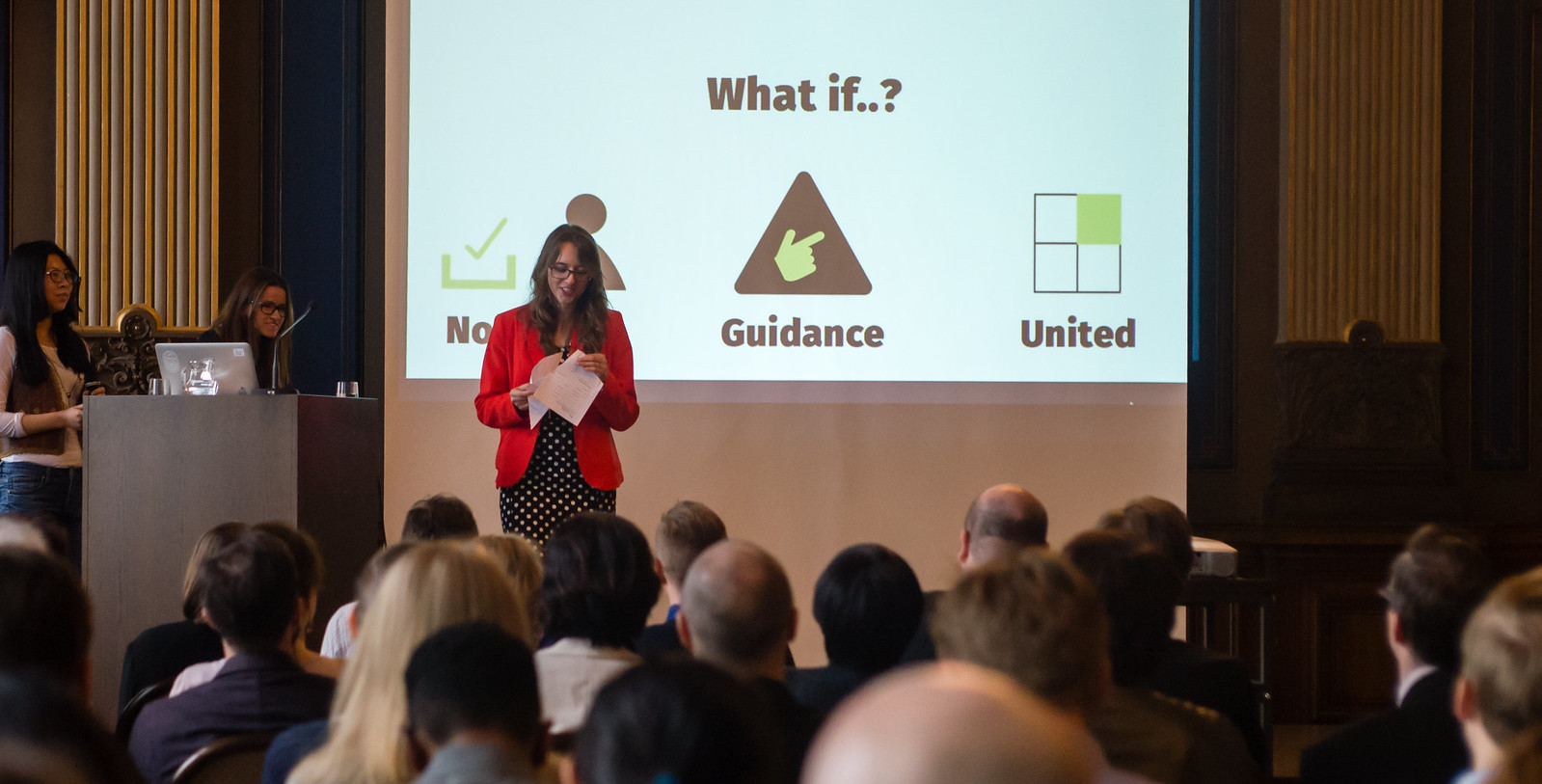 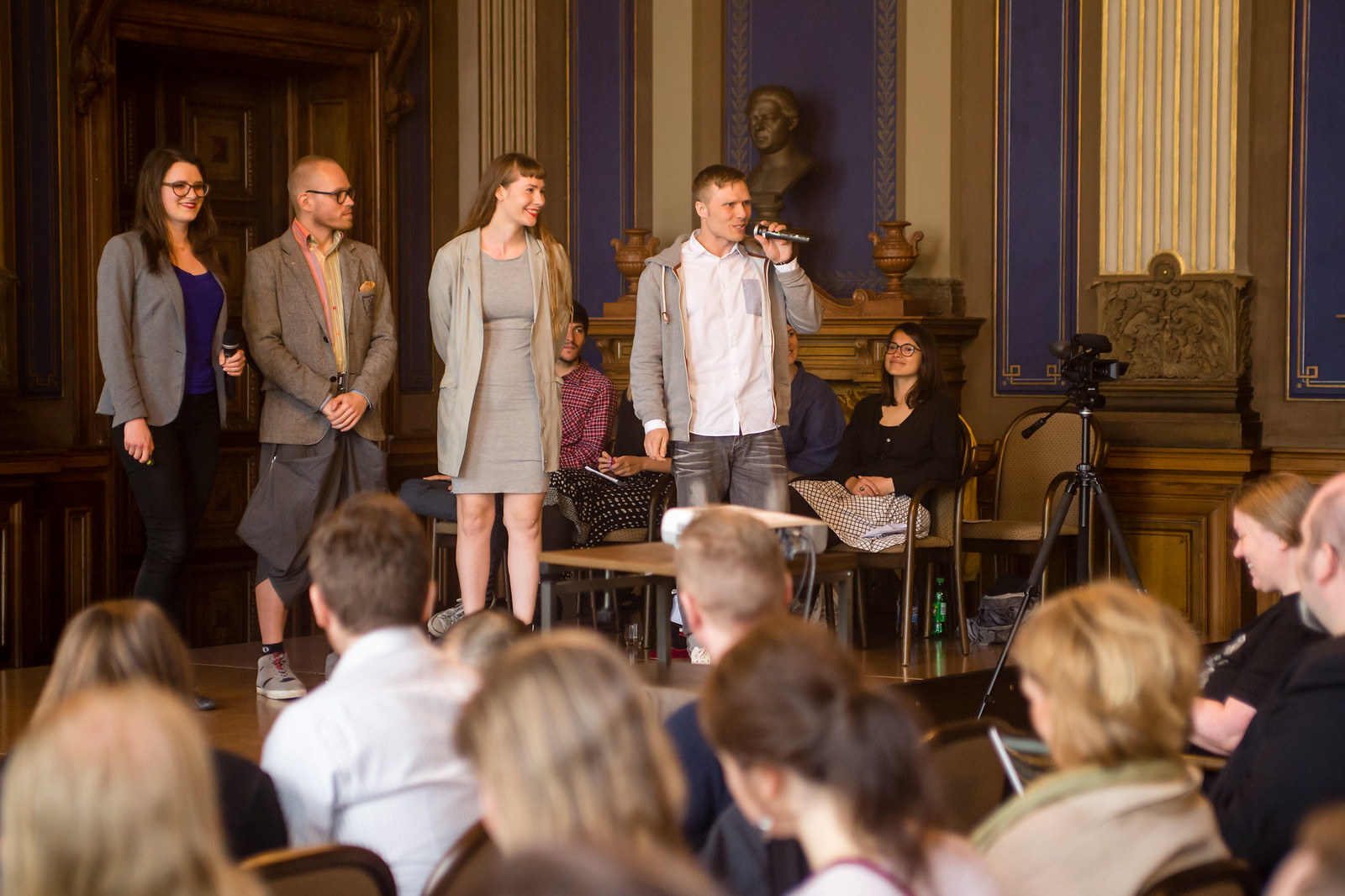 Thanks to the Säätytalo catering staff, we could have a little “fruit break” as the last team to present was commissioned to answer how to utilise the European Commission’s School Fruits and Vegetables Scheme for Finland. 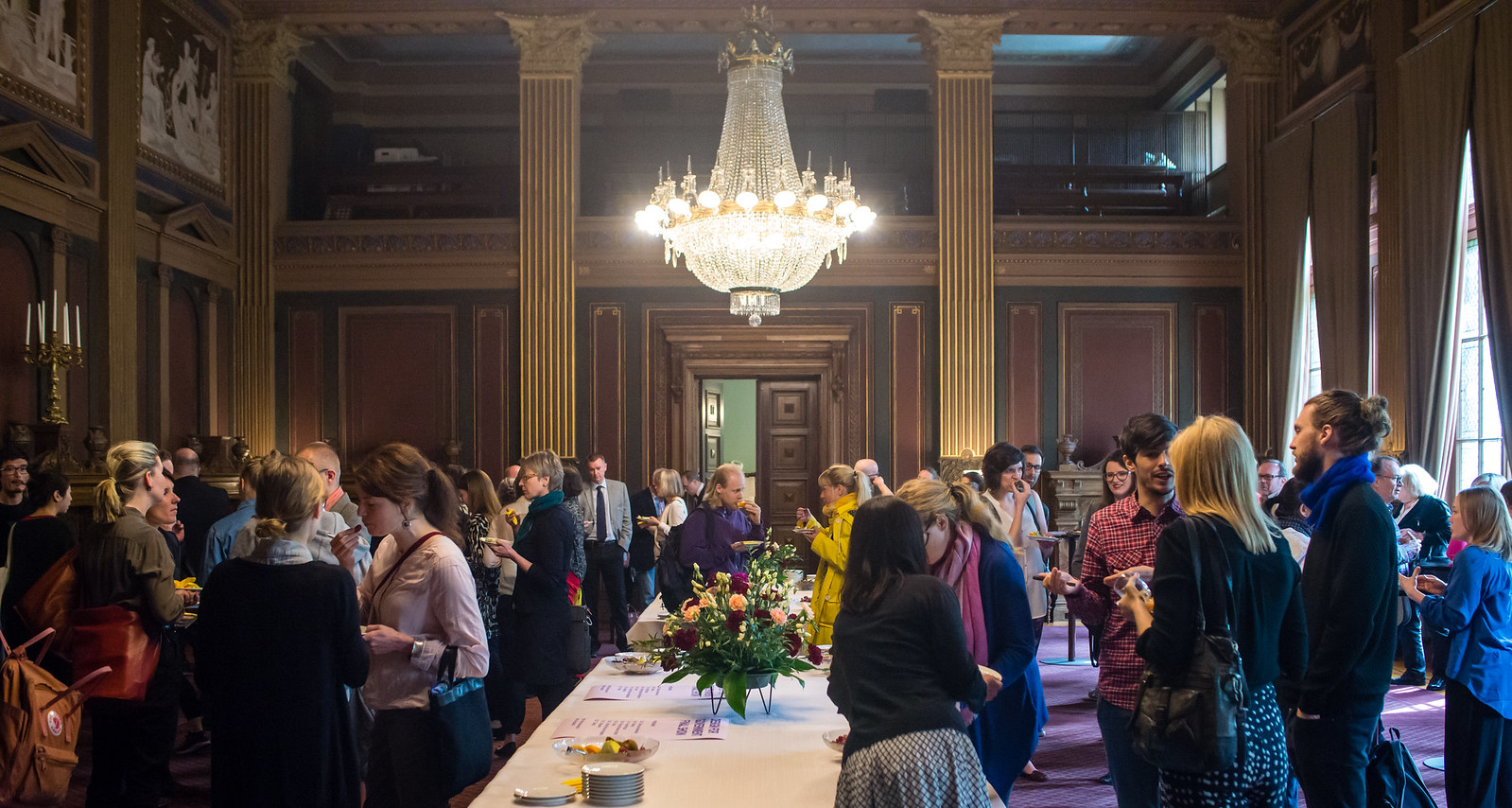 The team turned the problem upside down – it’s not about the little funding Finland will get from the EU commissions, but about the future of health and learning of Finland as a nation. “We should set a national agenda and budget for phenomena based learning, and EU funding will be a nice add-on” the team said. 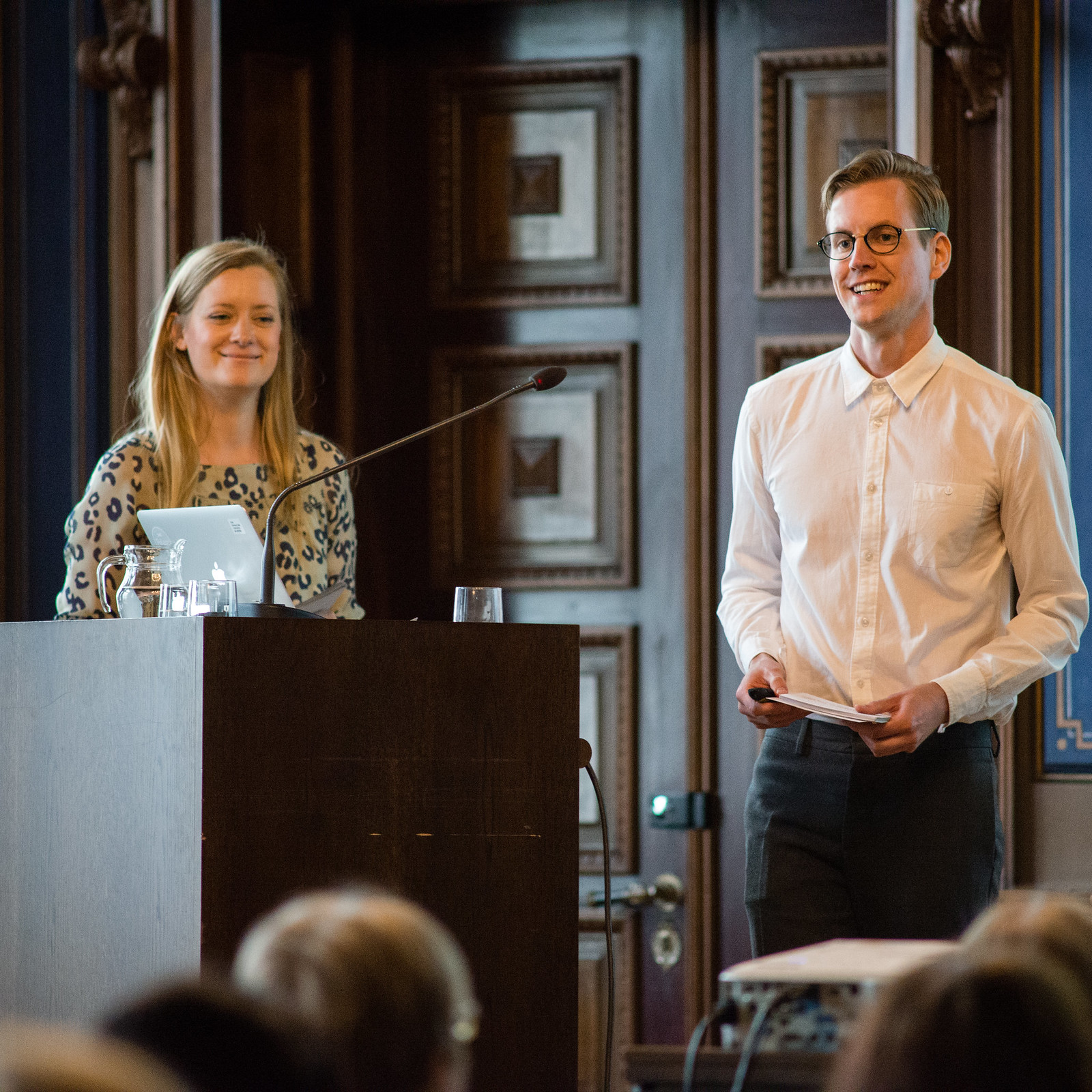 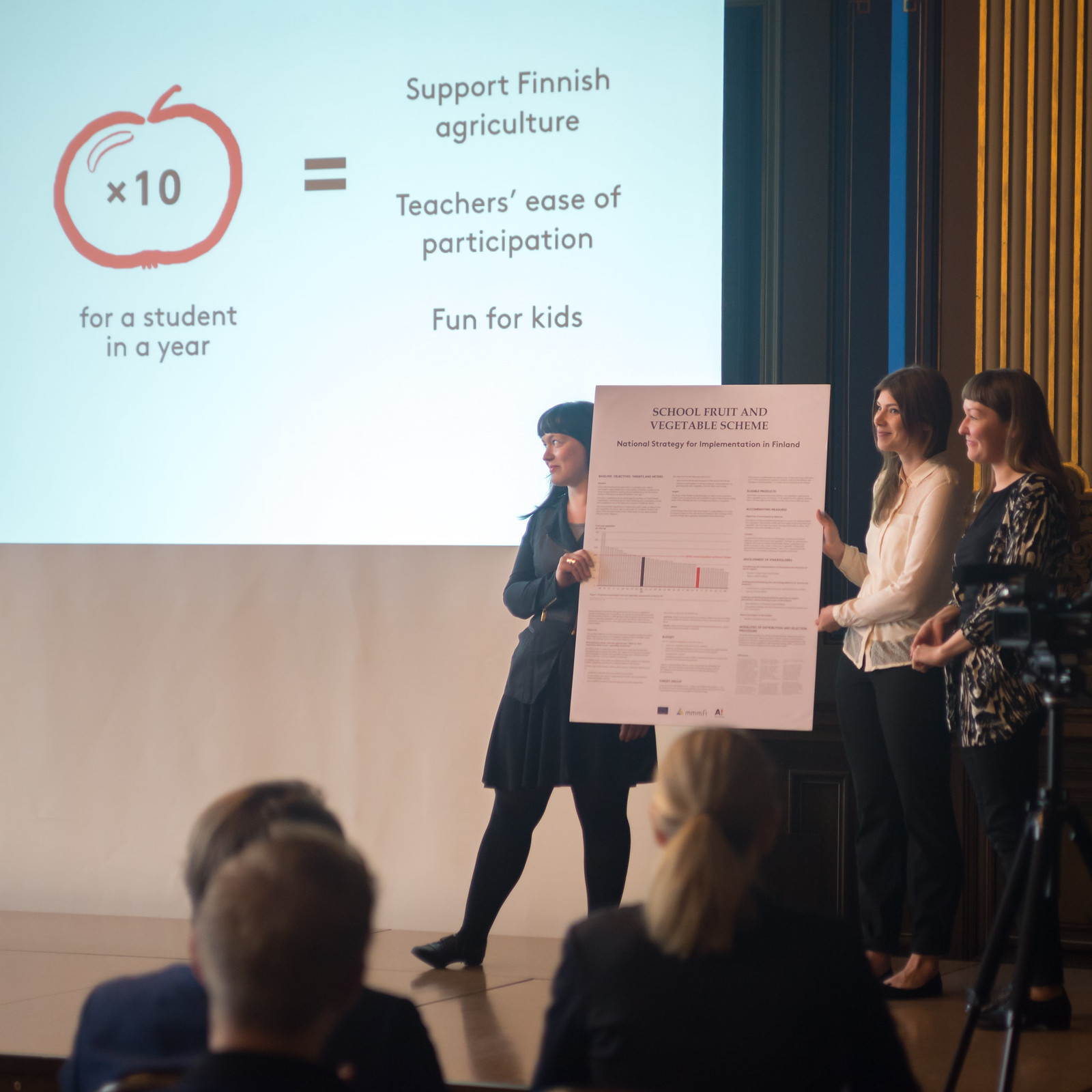 The feedback from the clients were very positive. Sandholm of the Ministry of Agriculture and Forestry praised the team for widening the scope of the project and emphasised the collaboration across ministries. The feed back form was filled by numerous civil servants, the comments from which were very positive and will be very fruitful for the students. 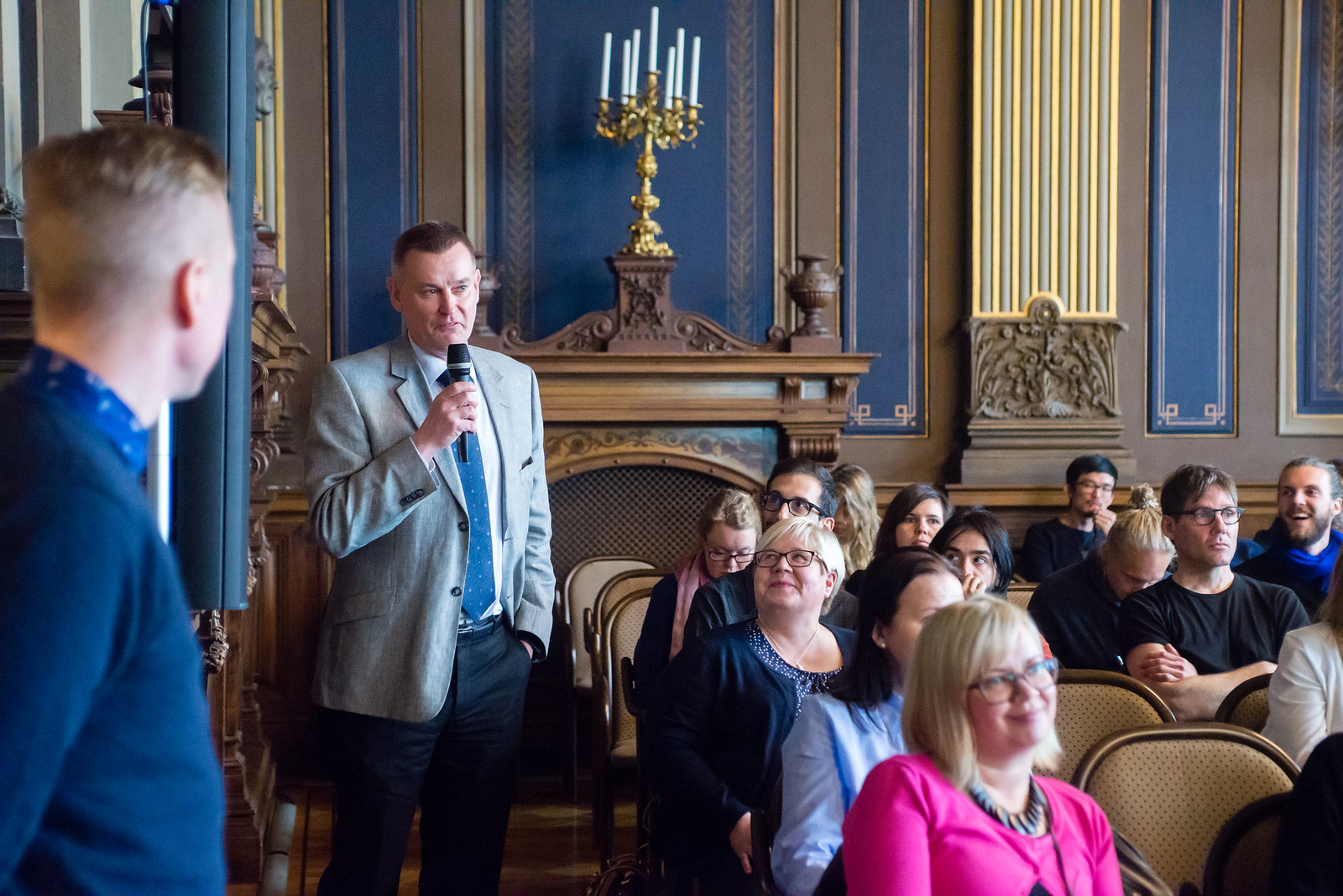 Sandholm giving feedback to the team 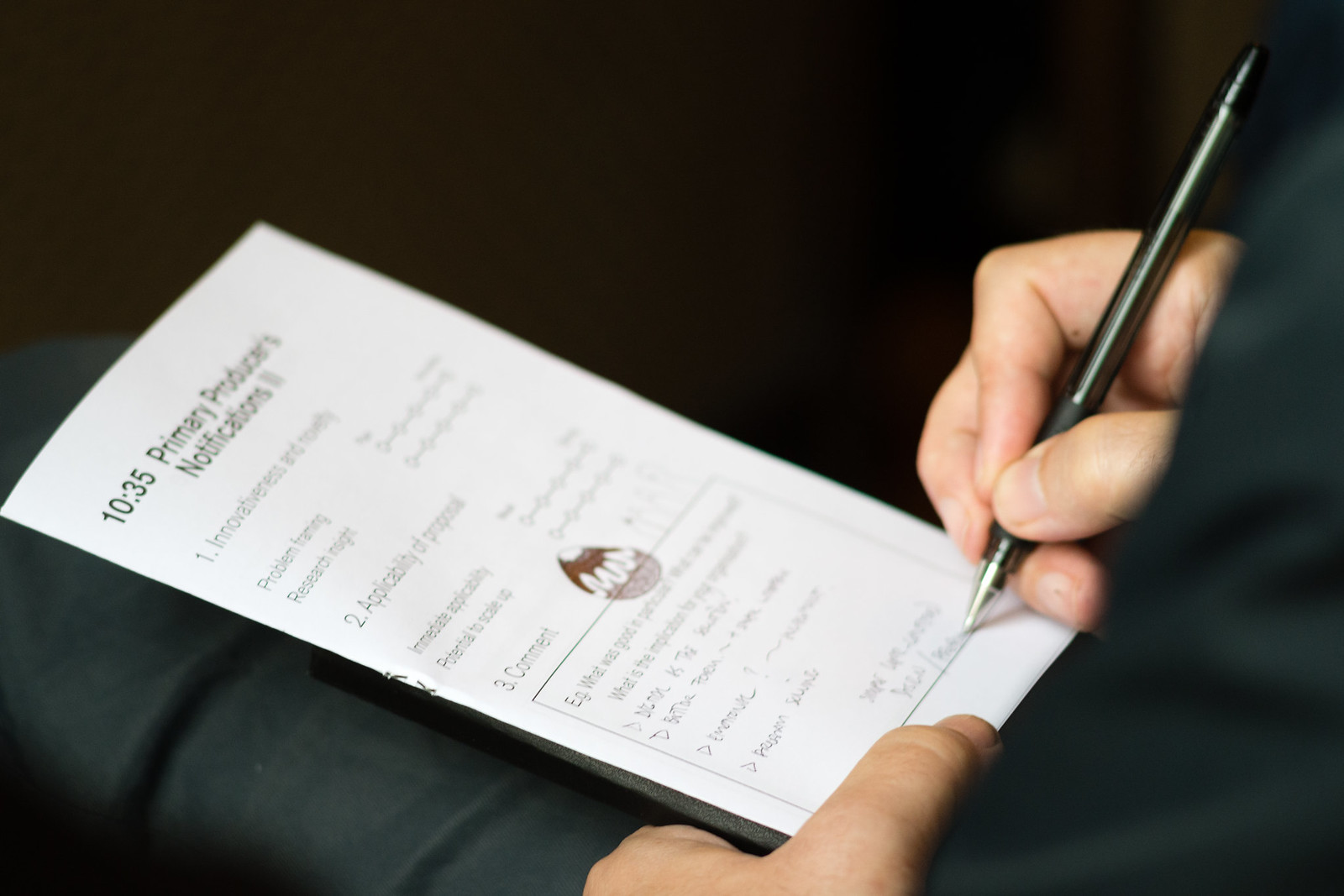 The event concluded with a discussion among the audiences. Juha and Seungho led the discussion with two questions, and the audience discussed about those questions with the person sitting next to them. The discussion was lively and brought up interesting questions and agendas. One of the interesting questions was “would the Finnish government hire new talents for facilitating and applying the new approaches presented in DfG?”. Laura Aalto from Toimiva kaupunki said that it would take time, but it will certainly come true as the mindset of civil servants are rapidly changing based on her own experience. 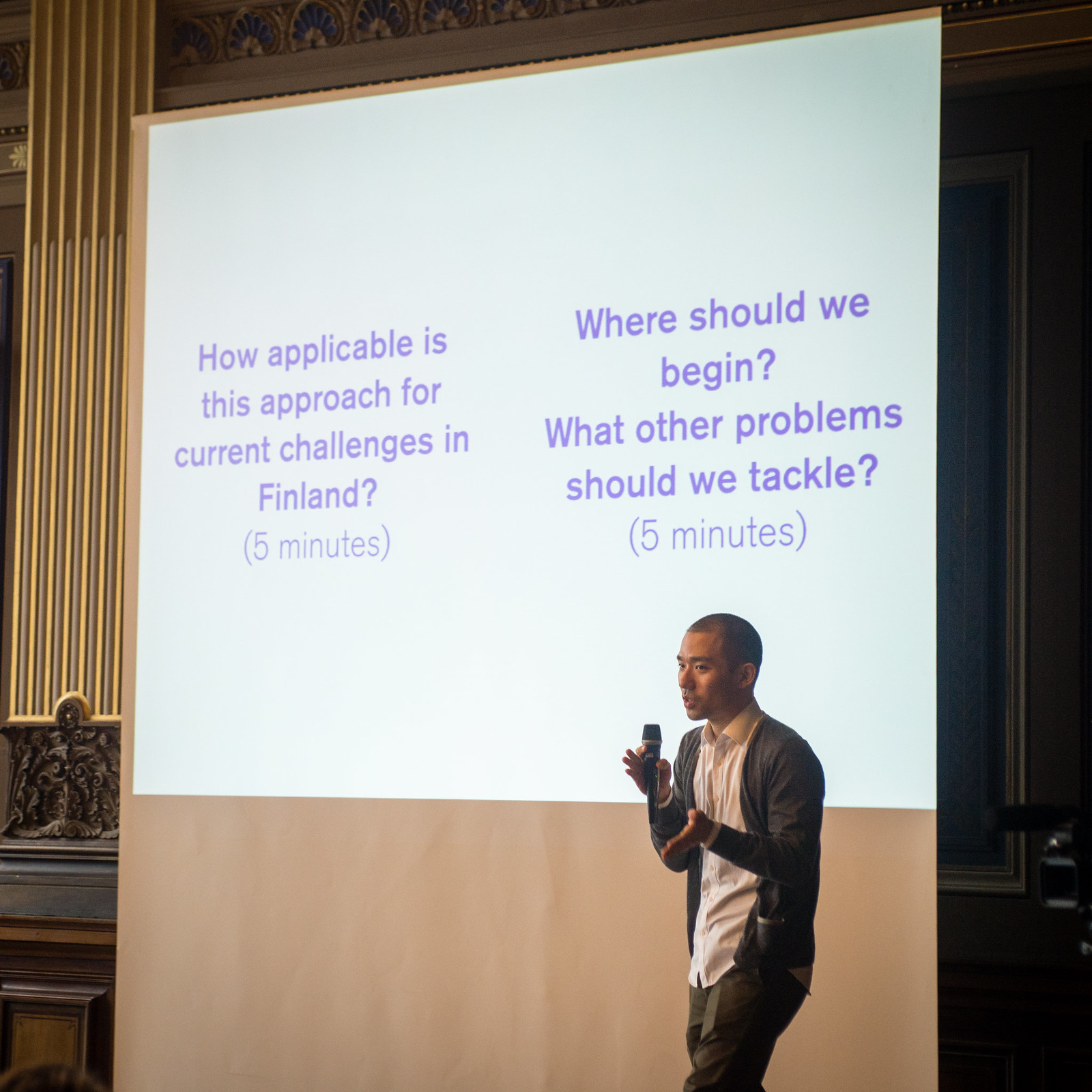 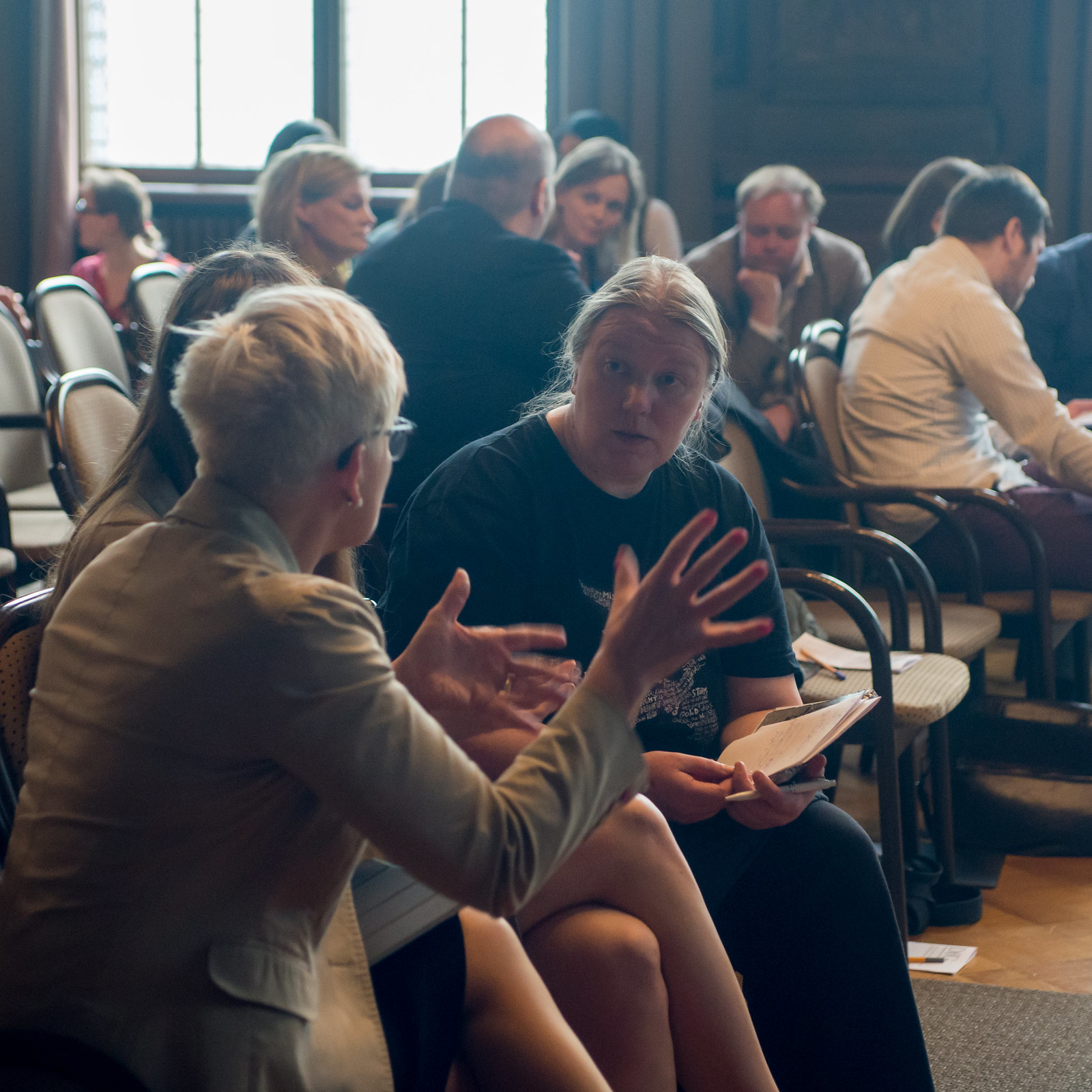 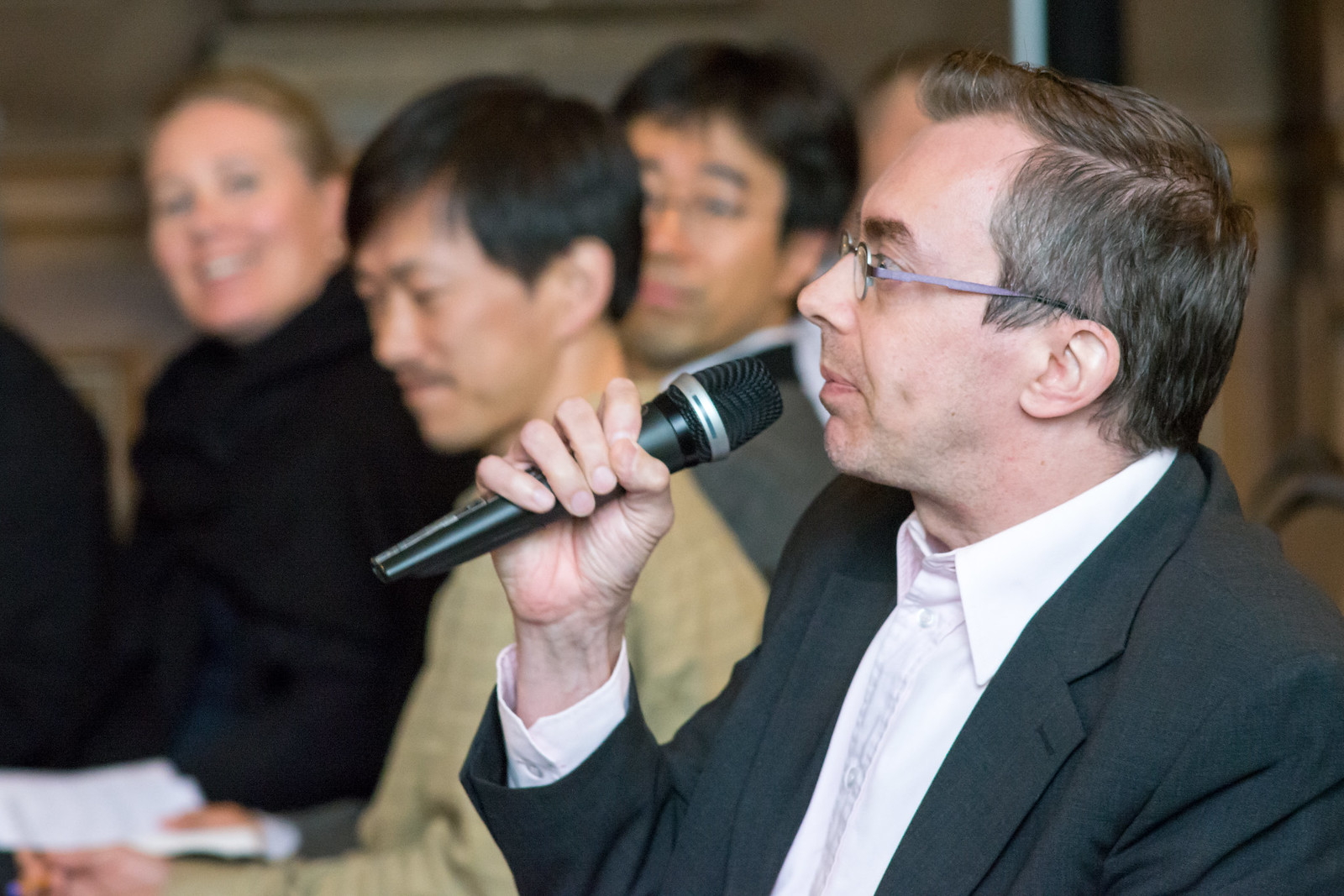 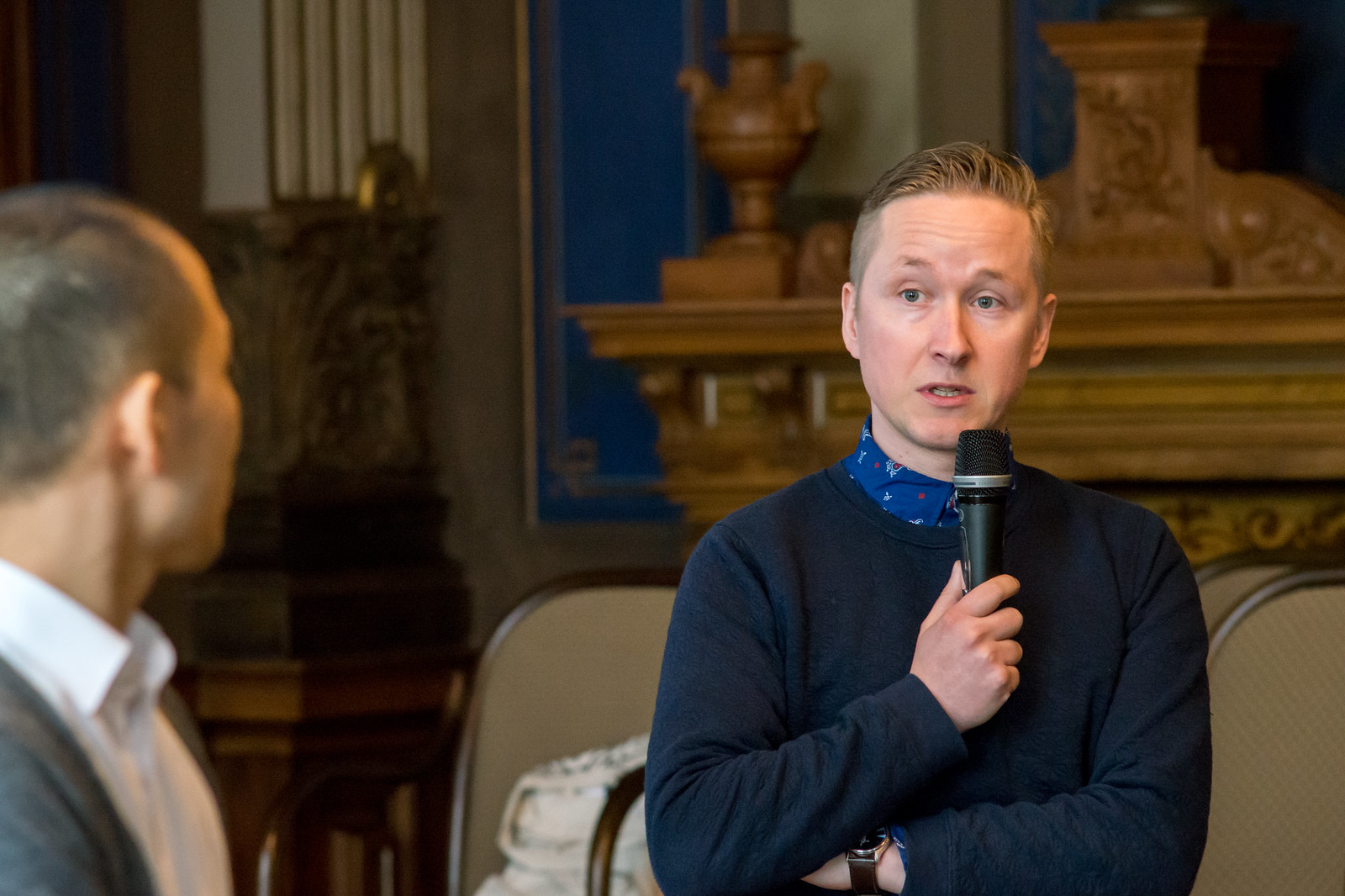 It was such a great experience for DfG organisers and the students being in Säätytalo and presenting designerly approaches for the provision of public service services and policy making. As mentioned earlier, all the presentations will be available online as video. Please check back in few weeks, safely by the end of June 2015.

Have a nice mid-summer! 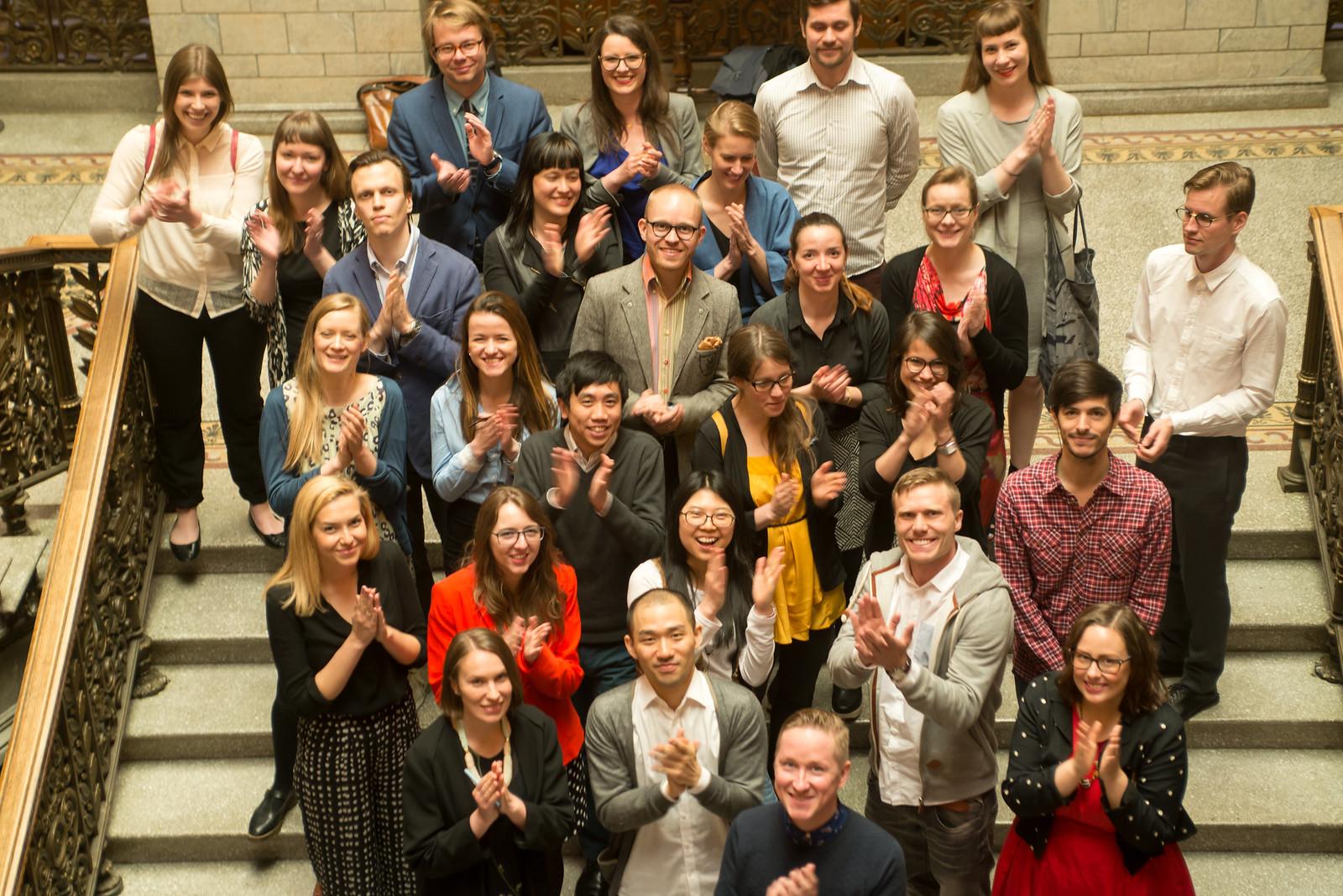